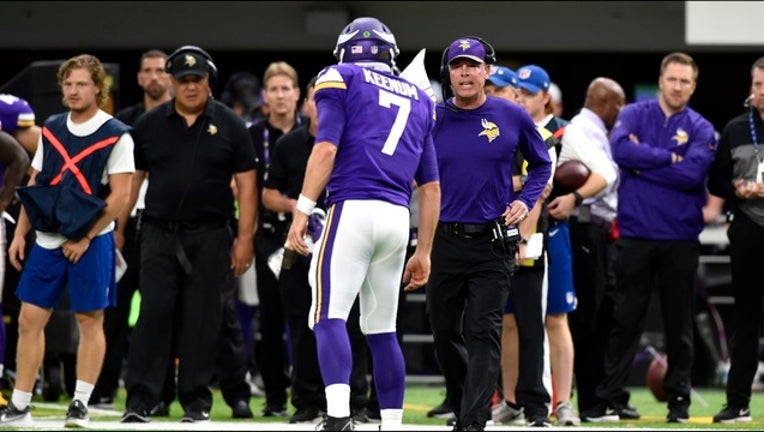 Case Keenum of the Minnesota Vikings speaks with offensive coordinator Pat Shurmur in the second quarter of the game against the Detroit Lions on October 1, 2017 at U.S. Bank Stadium in Minneapolis, Minnesota. (Photo by Hannah Foslien/Getty Images)

The Giants announced the hiring late Monday afternoon, less than 24 hours after Shurmur and the Vikings were beaten by the Philadelphia Eagles in the NFC title game.

The 52-year-old Shurmur replaces Ben McAdoo, who was fired in early December with the team mired with a 2-10 record and owners and fans upset with his handling of the benching of two-time Super Bowl MVP Eli Manning.

Defensive coordinator Steve Spagnuolo took over for the final four games and posted a 1-3 record.

Shurmur was one of six candidates to interview for the job. He returns to the head coaching ranks for the first time since leading the Cleveland Browns in 2011-12.

Shurmur takes over a troubled team that posted a 3-13 record a year after making the playoffs.