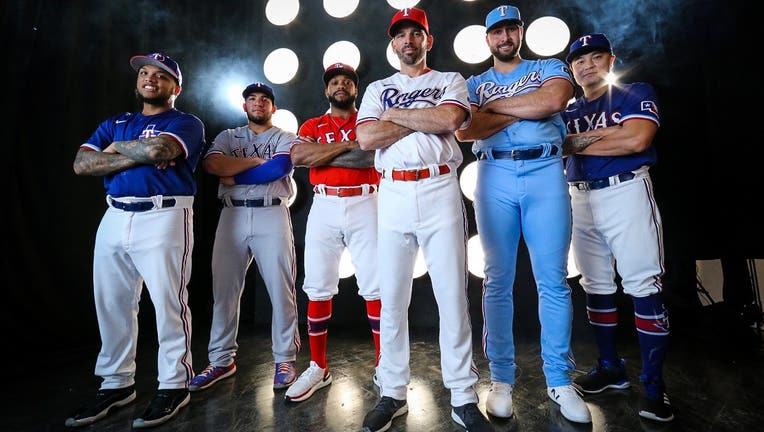 The Texas Rangers unveiled several new looks, including a powder blue set, as the team prepares to move into the new Globe Life Field.

The Rangers will have five different uniform sets to choose from, with the team saying certain looks will only appear on specific days.

A new powder blue uniform is likely to generate the most chatter. The team said it will only be worn at Sunday home games. It features a white script Rangers on the front with white lettering on the back along with powder blue pants and a powder blue hat with a white “T” logo.

The same script ‘Rangers’ is now on the team’s white uniforms, but it’s blue along with blue lettering with a red trim on the back.

The team’s red jersey is largely unchanged, with “Texas” on front, but features a new hat. It’s the state of Texas in blue with “TX” overlayed in white. The team said it will be worn on Fridays during the season.