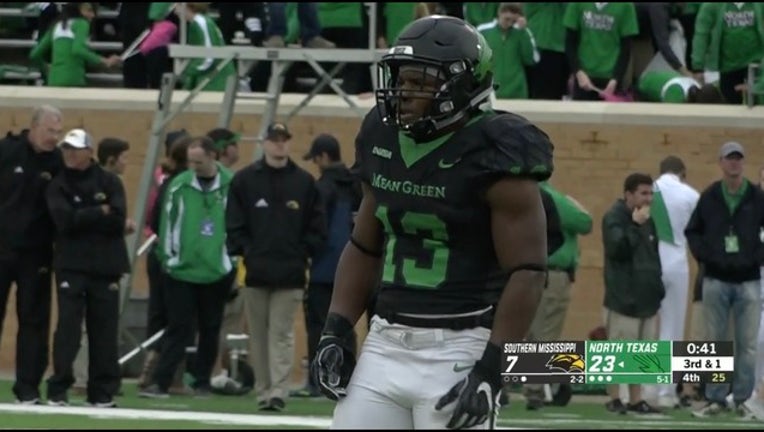 DENTON, Texas (AP) - Mason Fine threw for 292 yards and a score and DeAndre Torrey ran for three touchdowns and North Texas pulled away from Southern Mississippi 30-7 on Saturday.

After a scoreless opening quarter, Fine threw a 53-yard score to Jalen Guyton for a 7-0 lead. Southern Mississippi quickly countered when Jack Abraham threw a 44-yard pass to Quez Watkins to tie it.

North Texas (6-1, 1-1 Conference USA) added a field goal for a 10-7 lead before Torrey took over scoring duties with touchdown runs of 6, 8 and 34 yards to seal the victory. Torrey had 17 carries for 95 yards and Guyton had seven receptions for 124 yards.

With the win, the Mean Green became bowl eligible for the third consecutive for the second time in school history. North Texas made four straight New Orleans Bowl appearances from 2001-04.