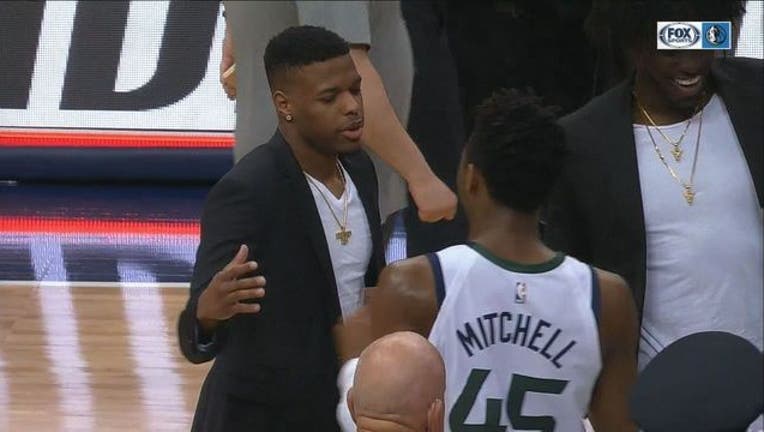 DALLAS (AP) - Donovan Mitchell scored 26 points and the Utah Jazz got back on the winning track by beating the Dallas Mavericks 119-112 on Thursday night.

Two nights after a loss to Atlanta ended a nine-game winning streak, Utah moved into a tie with Minnesota for seventh place in the Western Conference playoff race. The Jazz have won 22 of their last 25 games.

Mitchell is the only NBA rookie averaging 20 points.

J.J. Barea had a season-high 23 points for the Mavericks with 20 in the first half. Harrison Barnes added 21 points and Yogi Ferrell scored 20 in a reserve role.

A three-point play by Mitchell gave Utah a 37-34 lead after one quarter. The Jazz then scored the first six points in the second quarter and extended their margin to 52-37.

Dallas' first field goal in the second quarter came with 7:15 left on a slam dunk by Dwight Powell. That started the Mavericks' 11-0 run, with the last seven points by Barea, to pull to 52-48.

Utah pulled away for a 65-58 halftime lead and extended it to 96-81 after three quarters.

Mavericks: They made 65 percent (13 for 20) of their first-quarter field goal attempts. . Dallas signed former Charlotte Hornet Aaron Harrison to a 10-day contract. He scored six points. . Dirk Nowitzki passed Kevin Garnett for third place in minutes played in NBA history. Nowitzki's 25 minutes increased his career total to 50,437. . Barea was in his 567th game for the Mavericks, breaking a tie with Mark Aguirre for the eighth-most in team history.