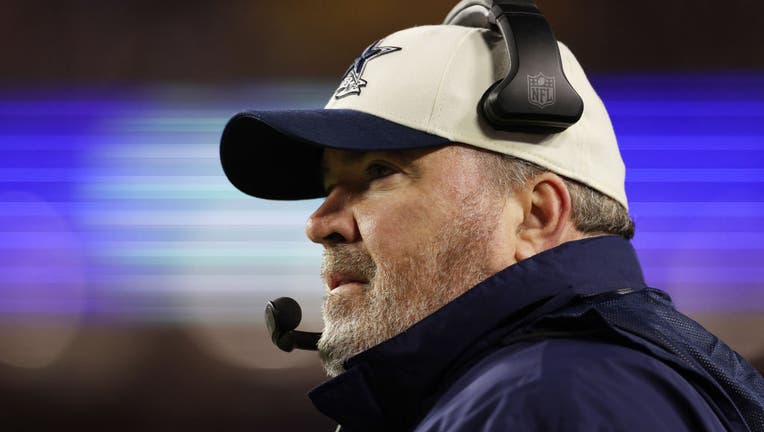 LANDOVER, MARYLAND - JANUARY 08: Head coach Mike McCarthy of the Dallas Cowboys looks on during the game against the Washington Commanders at FedExField on January 08, 2023 in Landover, Maryland. (Photo by Rob Carr/Getty Images)

FRISCO, Texas - Dallas Cowboys owner Jerry Jones said no matter how Monday’s playoff game against the Buccaneers turns out, it will not impact Mike McCarthy’s status as the team’s head coach.

McCarthy has guided Dallas to at least 12 regular season wins in each of the last two seasons, but Sunday’s embarrassing loss to Washington has a lot of fans bracing for disappointment in the playoffs.

The Cowboys face Tom Brady and the Tampa Bay Buccaneers on the road Monday night in the wild card round.

Jones had this to say when asked on his radio show if McCarthy needs to win to keep his job.

"No!, I don't even want to, no, that's it. I don't need to go into any of the pluses or minuses but, uh, we're not seeing any... we're not basing a lot more to evaluate Mike McCarthy on than this playoff game," he said.

McCarthy has history working against him.

The Cowboys have lost eight straight road playoff games, dating back to the mid-90s.