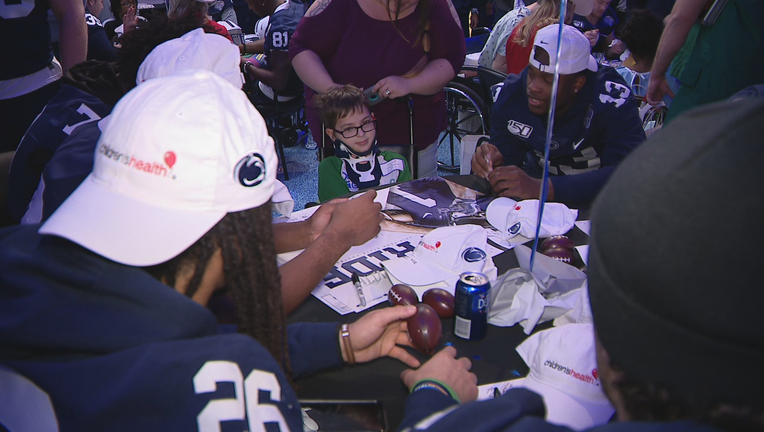 Some players went into patient's rooms to sign autographs and take pictures, while others worked on craft projects and took part in other holiday activities.

The teams went to Children's Health and Texas Scottish Rite hospitals. One patient from each hospital got a special gift -- to be an honorary captain at the game.

Penn State's honorary captain went through heart surgery in March and said he never expected to be attending a game just a few months later.

“It's unbelievable. It hasn't been a year since my surgery, and now I get to be the honorary captain of Penn State,” said Grant Henderson. “It's awesome to meet the players, and I'll be in a box, so I'll just get to have fun.”

The players said the visit was meaningful.

“It takes perspective in my life, when things aren't going so well I think about the experiences I've had and the kids I've met in here and I realize I don't have it so bad, these kids go through it every day and it means a lot to be a part of their life,” said Penn State TE Pat Freiermuth.