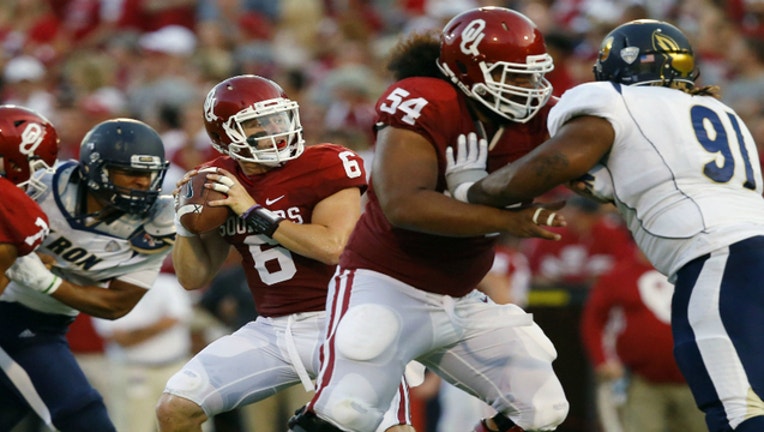 Mayfield set a school record for yards passing in a season opener, surpassing the previous mark of 363 yards by Sam Bradford in 2007. The walk-on transfer from Texas Tech won the starting job in a preseason battle with last year's starter, Trevor Knight.

Mixon, a redshirt freshman who was suspended last season after punching a woman in the face at a restaurant, caught a 76-yard touchdown pass from Mayfield early in the third quarter.

It was Oklahoma's first game featuring its Air Raid offense under new offensive coordinator Lincoln Riley. The Sooners got off to a rough start, scoring just three points in the first quarter, but they finished with 539 total yards.