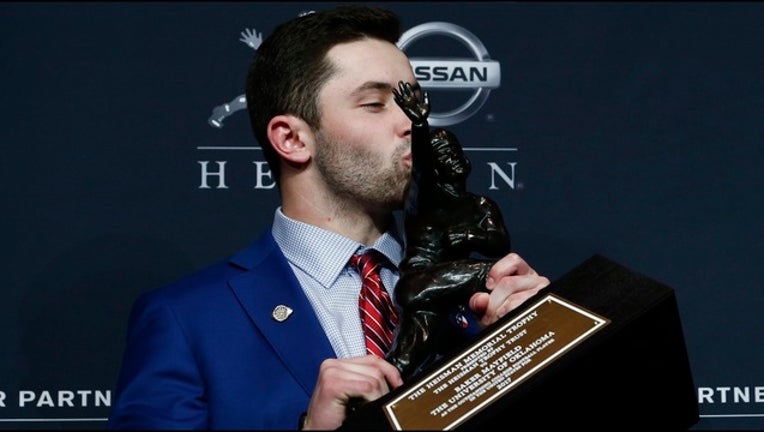 Baker Mayfield, quarterback of the Oklahoma Sooners, poses for the media after the 2017 Heisman Trophy Presentation at the Marriott Marquis December 9, 2017 in New York City. (Photo by Jeff Zelevansky/Getty Images)

HOUSTON (AP) - Baker Mayfield of Oklahoma and fellow Heisman finalists Lamar Jackson of Louisville and Bryce Love of Stanford are among the finalists for the Lombardi Award. The award is given to the nation's top player based on performance as well as leadership, character and resiliency.

The award will be presented Saturday at Lone Star College in Houston. This is the second year the Lombardi finalists have included players from all positions. Previously, it went to the nation's best lineman and linebacker.