In an interview with The Daily Beast, Cuban touched on several topics, including the Mavericks’ playoff run.

Cuban said when the Mavericks’ role players made their shots, the team won, but when they didn’t, like in Game 7, they lost.

He added that he felt the Mavs did a "great" job on Clippers star Kawhi Leonard, but it was the role players for the Clippers who ultimately beat the Mavs. 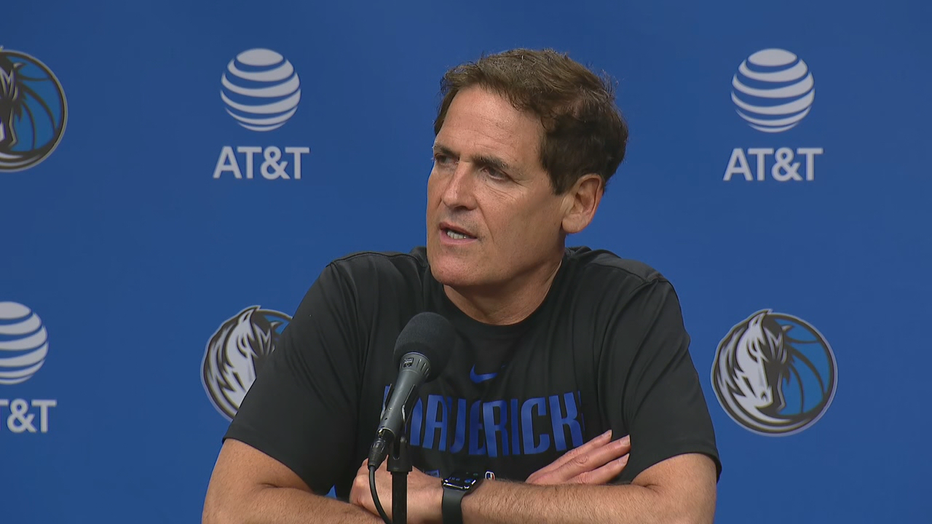 Cuban also touched on the role of Kristaps Porzingis during the series, saying the Mavs used him as a decoy to create more space for Luka Doncic.

Porzingis "did a great job cutting and everything we asked him to do," Cuban said, but again pointed to the role players not making shots as the reason the Mavs didn’t move on in the playoffs.

He said KP and Luka "get along great," and those behind reports about his two star players not getting along "don’t know that they’re talking about."

The owner of the Mavs was also asked about what the team needed to become a title contender.

Cuban said the biggest need for the Mavs is a secondary ball handler with some size to take some of the pressure off Luka, so they don’t have to have the ball in his hands the entire game.

He said the team has shooters, and Porzingis will spread the court and help protect the rim, so the team needs someone to help Luka create.