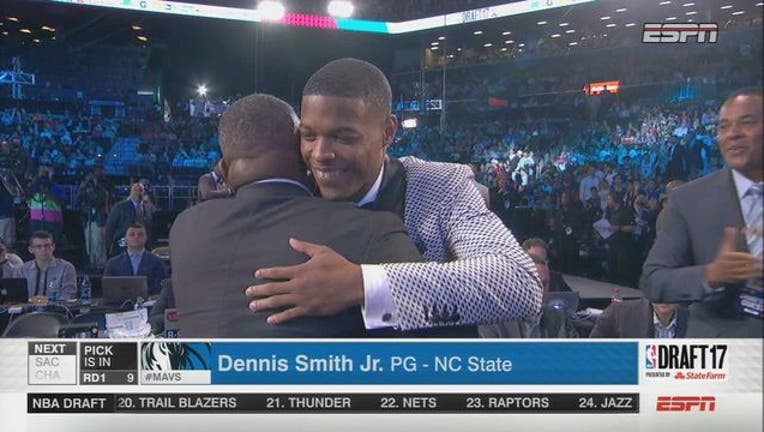 Coach Rick Carlisle said after the choice was announced that he was projecting Smith as a starter, which means the Mavericks should know their lineup when the season opens with four other projected starters under contract. That includes Dirk Nowitzki entering his 20th season.

The Mavericks believe Yogi Ferrell is better suited as a backup point guard even though he made a splash that earned him a two-year deal after the undrafted rookie joined the Mavericks on a 10-day contract last season. Ferrell got that chance in part because the Mavericks had a woeful start and missed the playoffs for just the second time in the past 17 seasons at 33-49.

Smith tore a knee ligament as a high school senior and enrolled early at NC State in January 2016 so he could play as a freshman. He's the only Atlantic Coast Conference player to record two triple-doubles in the same season, and he averaged 18.1 points per game.

President of basketball operations Donnie Nelson said before the draft that point guard was the team's biggest need, and coach Rick Carlisle said the club was surprised Smith was available.

The Mavericks want to stay competitive for the 39-year-old Nowitzki, and retooled the roster to get younger during last season after their poor start. Now they have another younger piece in the 19-year-old Smith.

The other Dallas starters are shooting guard Wesley Matthews, forward Harrison Barnes and center Nerlens Noel. The Mavericks acquired Noel at the trading deadline in another move to get younger.