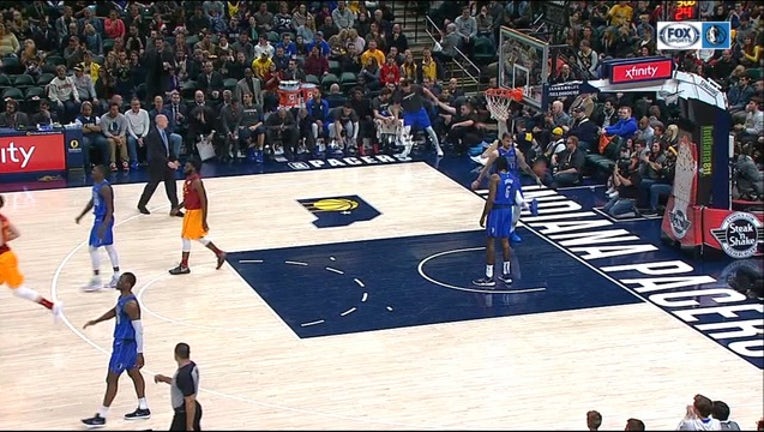 DALLAS (AP) - Dallas Mavericks guard Luka Doncic has been fined $10,000 for kicking the ball into the stands, which led to his ejection from a game against Indiana.

Doncic kicked the ball after a basket by the Pacers late in the third quarter of their 111-99 victory over the Mavericks on Saturday night. The NBA announced the fine Tuesday.

The 19-year-old rookie sensation from Slovenia said he didn't intentionally kick the ball into the stands. The ball ricocheted off the back of the backboard into the first couple of rows of seats. Because Doncic had received a technical earlier in the game, his second technical resulted in the first ejection of his career.

In the next game, Doncic became the second-youngest player to record a triple-double, notching 18 points, 11 rebounds and 10 assists in a 116-106 loss to the Bucks. He leads the Mavericks in scoring at 20 points per game.