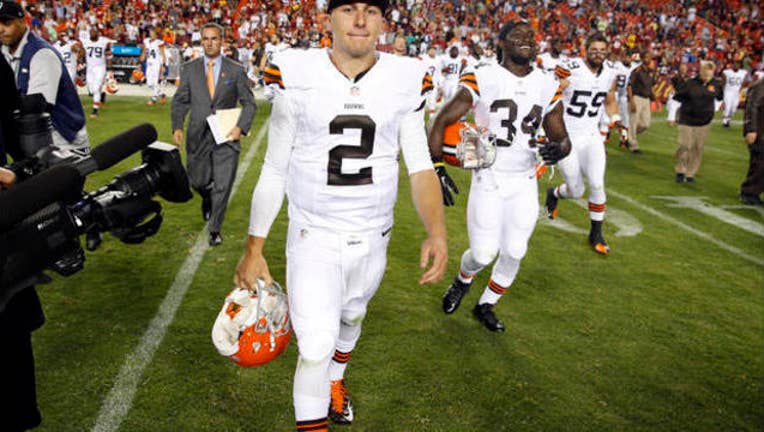 Meeting with Cleveland reporters to preview training camp, Pettine said McCown, signed during the offseason, likely will be the starter for the Sept. 13 season opener against the New York Jets but he wouldn't guarantee it.

Manziel, whose rough rookie season was followed by a stay in rehab, reported to the team's facility on Monday. Unlike last summer, Manziel did not make any headlines with his off-field conduct and Pettine was impressed that the QB recently worked out with former NFL coach Jon Gruden.

Pettine said the team "felt very comfortable" with Manziel's plans for the offseason and reiterated that the Browns won't micromanage their players.