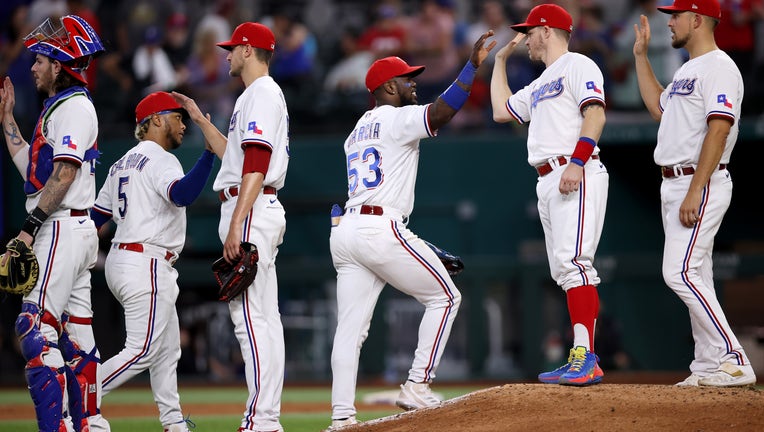 Lyles (10-13) matched his longest start of the year and his most strikeouts with eight. He has 146 strikeouts this season to match his career best, set in 2019 splitting time between Pittsburgh and Milwaukee. He pitched a career-high 180 innings.

Lyles’ gem came against the team that handed him his worst beating of the season, tagging him for eight runs in 3 2/3 innings on Aug. 26 in a 10-6 loss.

"I enjoyed getting back at these guys," said Lyles, who leads the major leagues in home runs allowed (38) and went into Saturday with the third highest opponents’ batting average among big league qualifiers (.281). "Fortunate that I was able to bounce back."

Heim pulled the first pitch from Triston McKenzie (5-9) into the first row of right-field seats as the Rangers (60-101) won for the fifth time in their last eight games.

Texas added three insurance runs in the eighth inning on a two-run double by Charlie Culberson and an RBI single by rookie Andy Ibanez.

Fourteen Indians were retired in a row going to the ninth before Cleveland put together two singles and a fielder’s choice grounder to add another run.

The Indians (79-82) clinched a losing record for the first time since 2012. They’ll play Sunday for the last time with the nickname they’ve used since 1915. The team will be called the Guardians starting next season.

Heim, acquired in the February trade that sent former Rangers All-Star Elvis Andrus to Oakland, homered for the first time since Sept. 11 and for only the second time since a flurry of five in three games July 30-Aug. 1 that included consecutive walk-offs.

"I wish I could have a couple more games to keep the season going," Heim said.

Willie Calhoun also homered for Texas, leading off the game with a home run for the second time in his career.

Myles Straw pulled a two-out double into the left-field corner in the third inning to score Yu Chang with Cleveland’s first run.

McKenzie allowed four runs on four hits plus four walks in four innings. He lost his last three starts of the season, giving up 14 earned runs in 10 2/3 innings.

Hale advised media traveling with the Indians to leave for Globe Life Field early on Sunday since the afternoon game will be played opposite the Dallas Cowboys’ home game just down the street at AT&T Stadium.

The roof at Globe Life Field was open for the first time since June 8 and the 10th time in 80 games this season. First-pitch temperature was 82 degrees under a partly cloudy sky compared to the constant 72 degrees with the roof closed. Texas is 5-5 with the roof open. … A first-inning foul ball smashed by Indians 3B Jose Ramirez broke through the plexiglass of the photographers’ well adjacent to the far end of the Rangers’ first-base dugout and ricocheted around it. No one was hurt. … Texas rookie CF Leody Taveras was caught stealing for the first time in 19 career attempts.