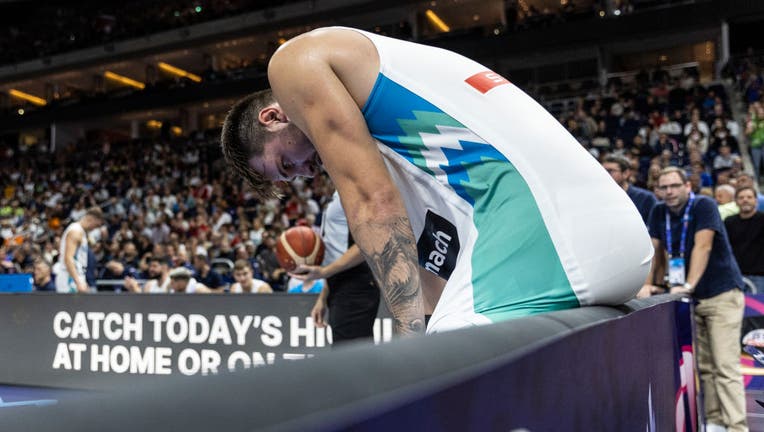 BERLIN, Germany - Dallas Mavericks superstar Luka Doncic and the Slovenian National Team were the favorites to win this year's EuroBasket tournament, but the team was eliminated on Wednesday.

Slovenia lost to Poland in a stunning 90-87 upset in the quarter.

Luka and Slovenia fought back from 23-point first half deficit to take the lead late in the game, only to fall behind again late.

Dirk Nowitzki watched from the stands as Doncic scored just 14 points, along with 11 points and 7 assists in 34 minutes before fouling out in the closing minutes game.

"Congratulations to Poland. They played an amazing game - it's a big achievement for them." said Doncic after the game. "We didn't come to the game how we wanted or with the energy we needed. Today, I played terrible and let my team down and that's on me."

Poland moves on to the semifinals against France. The winner of that game will play the winner of the game between Germany and Spain.

Doncic and the Mavericks kick off the season on Oct. 19 against the Phoenix Suns.