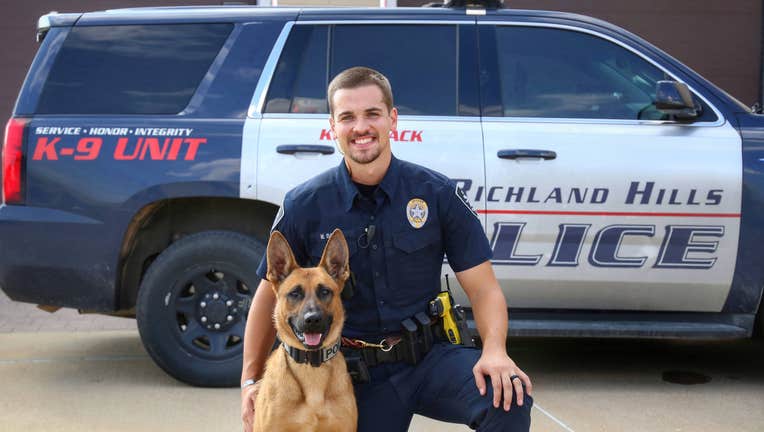 NORTH RICHLAND HILLS, Texas - The North Richland Hills police department has added a new member to its team, and he comes with a familiar name.

The department announced a one-year-old Belgian Malinois named Luka Dogcic will be joining its K-9 program.

Luka, named after the Mavs superstar, and his handler Officer Matt Boyd spent six weeks training together in the Texas Hill County on narcotic detection and patrol functions.

Luka is already putting up numbers, in his first night on the streets he successfully apprehended a fleeing suspect who was found in a trunk, according to the police department.

A private donor paid for the new member of the police force after North Richland Hills K-9 Breta's time at the police department ended.

Just in case there was any doubt, the NRH police department says the handler and Luka are huge Mavericks fans.