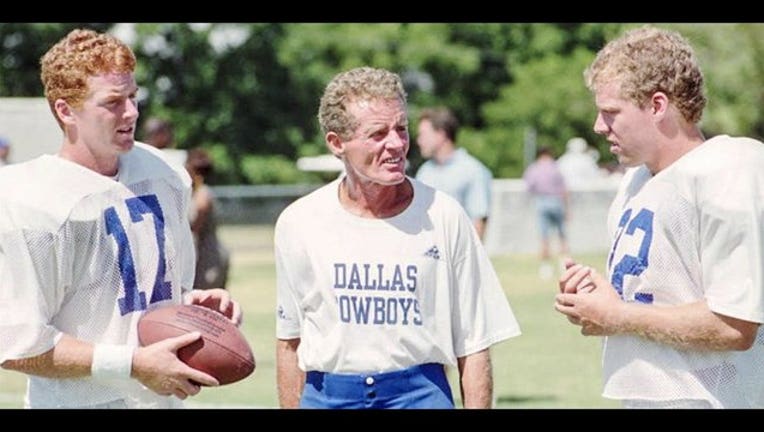 Photo courtesy of the Dallas Cowboys

Jim Garrett, who spent the majority of his very successful NFL career with the Dallas Cowboys scouting department, passed away earlier Friday night at the age of 87. His wife, Jane, and his eight children were by his side when he passed.

Garrett was a part of four Dallas Super Bowl teams, including three Super Bowl championships (1992, 1993 and 1995). As a college scout for the club, he wrote the original scouting report on Troy Aikman, who Dallas selected with the first overall pick in the 1989 NFL Draft.

Details for arrangements have yet to be established by the family.

Jim Garrett originally joined the Dallas Cowboys in 1968 as a scout and spent 36 of the next 38 years coaching or scouting in the NFL, including his last 17 years as the Cowboys northeast area scout.

An All-Conference fullback at Utah State, Garrett played for Philadelphia (1954), the British Colombia Lions (1955), N.Y. Giants (1956) and Ottawa RoughRiders (1957). Following his rookie season in the NFL, he went to spring training with the Pittsburgh Pirates.

A Rutherford, N.J. native (6/19/30), Garrett attended Rutherford High School where he was a member of the first induction group of the school’s Hall of Fame in 1996. In 2001 Susquehanna University named their sports complex James W. Garrett Sports Complex in his honor.

He is succeeded by his wife, Jane, his eight children - Jim, Jane, Jennifer, Janine, Jill, John, Jason and Judd - 28 grandchildren and one great-grandchild.