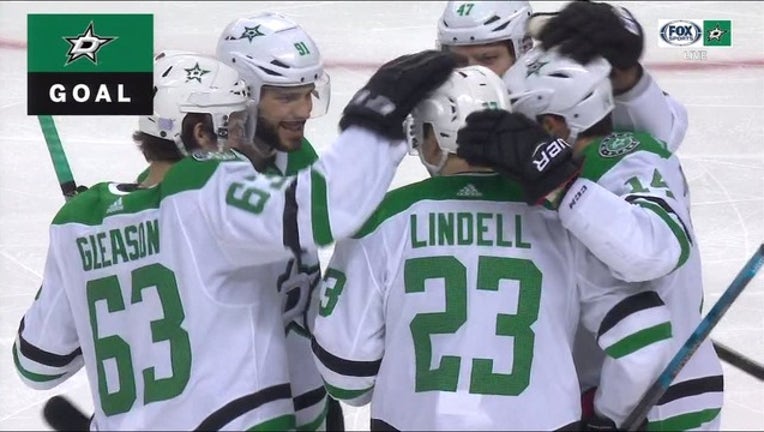 Alexander Radulov had two goals and an assist, Tyler Seguin had a goal and two assists, and Roope Hintz also scored for the Stars, who have won two straight. Jamie Benn had three assists, Jason Spezza had two to top 900 points in his career, and Ben Bishop stopped 37 shots.

Anthony Beauvillier and Scott Mayfield scored for the Islanders, who lost in regulation for the third time in 12 games (7-3-2). Thomas Greiss had 16 saves, but was pulled after giving up three goals on six shots in the first 7:08 of the second period. Robin Lehner came on and finished with 11 saves.

Mayfield pulled the Islanders to 4-2 just 24 seconds into the third as he brought the puck around the back of the net and sent a centering pass that went off Bishop's stick and in for his third of the season.

Radulov then scored twice in less than two minutes to help the Stars pull away.

First, he restored Dallas' three-goal lead as he skated in on Lehner on a breakaway and scored with a backhand at 7:35. Radulov then tapped in a puck lying in the crease with Lehner out of position for his eighth of the season and 100th of his career to make it 6-2 at 9:16.

Trailing 1-0 after one period, the Stars went ahead with four goals in the second.

Lindell tied it as he got a pass from Seguin in the center above the circles and beat Greiss at 2:09.

Hintz put the Stars ahead with his first career goal as he got a pass from Spezza in the left circle and fired a shot through Greiss' five-hole at 4:40. The assist was Spezza's 900th point.

Lindell gave Dallas a two-goal lead as he got his second of the game and third of the season with a one-timer from the right faceoff dot that also went through Greiss' legs at 7:08.

That prompted Islanders coach Barry Trotz to pull Greiss in favor of Lehner.

Seguin made it 4-1 as he knocked in the rebound of a shot by Radulov for his sixth with 5:53 left in the middle period.

Beauvillier, who had his first career hat trick and four-point game Thursday night against the Rangers, got the Islanders on the scoreboard 3:36 into the game. Ryan Pulock fired a slap shot from the right circle that Bishop stopped. Leo Komarov got the rebound on the right side and sent a pass back in the slot to Beauvillier, who put it in for his fifth.

NOTES: Benn has six assists and nine points in his past 10 games. ... Seguin has seven goals and 12 assists in 18 games against the Islanders. ... Dallas has won three straight meetings with the Islanders, and four of the past five. ... The Stars improved to 10-0-1 when leading after two periods. ... The Islanders visit the Stars on Dec. 23 to conclude the two-game season series. ... Mathew Barzal had an assist on Mayfield's goal, giving him a point in five straight games (goal, five assists). ... Islanders F Michael Dal Colle made his season debut, appearing in his fifth career game. Dal Colle had seven goals and seven assists in 14 games for Bridgeport of the AHL before he was called up on Thursday. ... Mayfield played in his 100th career game. ... Islanders F Cal Clutterbuck celebrated his 31st birthday.

Stars: At the New York Rangers on Monday night in the second of three road games in four nights.

Islanders: At the New York Rangers on Wednesday night to start a stretch of four games in six days.