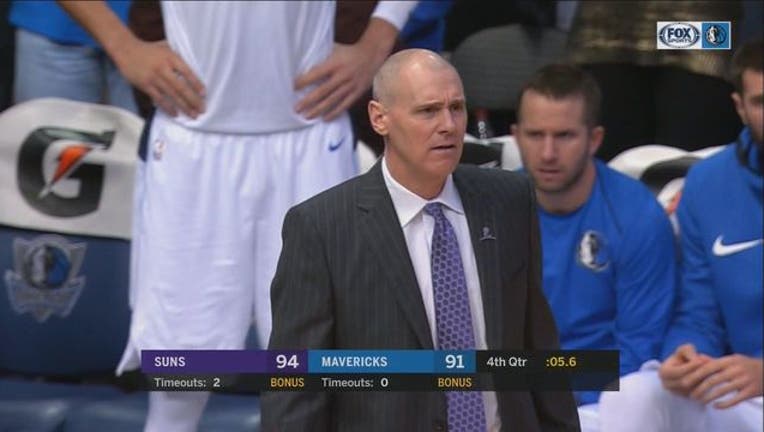 DALLAS (AP) -- Alex Len had 14 points and 14 rebounds to help the Phoenix Suns rally past the Dallas Mavericks 97-91 on Monday night for their second consecutive comeback victory.

Dallas (8-23) lost its third straight game and has one win in its last seven.

Phoenix came from behind and won the game in the fourth quarter.

After the Suns had trailed for the entire second half, Canaan tied it 79-all on a 3-pointer with 7:29 remaining. Len gave Phoenix its first lead since the second quarter on a pair of free throws.

Phoenix led by as many as eight in the fourth quarter, 89-81, but didn't seal the victory until Warren made one of two free throws with 11.4 seconds remaining and knocked down two more with 5.6 seconds left,

The Suns erased a 15-point deficit Saturday in a 108-106 win against Minnesota.

It was the second consecutive game in which Dallas let a fourth-quarter lead slip away. San Antonio went on a 13-0 run Saturday over the final 4:11, including a game-winning basket by Manu Ginobili for a 98-96 victory.

Suns: Booker missed his sixth game with a left adductor strain. ... Tyson Chandler was the starting center on the Mavericks' 2011 NBA championship team.