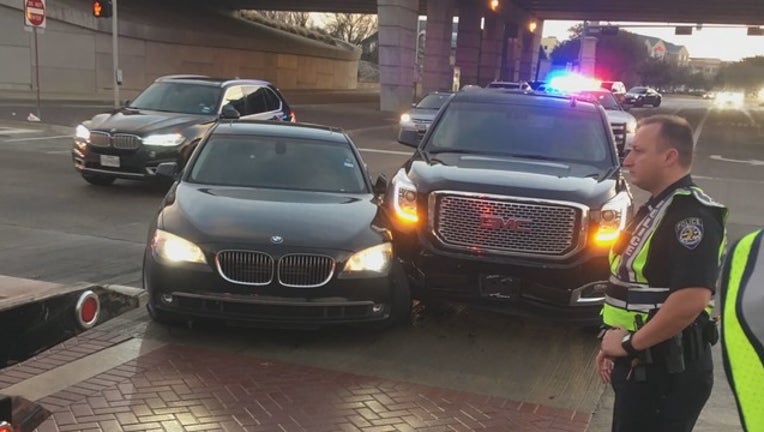 A driver involved in a 2017 crash with Dallas Cowboys running back Ezekiel Elliott claims in a lawsuit that the team conspired with Frisco police to cover up the severity of the wreck.

The new claim comes as part of an additional filing of a lawsuit against Elliott initiated by Ronnie Hill. He wants $20 million in damages from the running back and the Cowboys.

Hill says Elliott ran a red light and hit him on Jan. 11, 2017 -- just days before a 2017 divisional round playoff game against the Green Bay Packers. He said quickly after the wreck that Cowboys personnel showed up to the accident scene.

"[Cowboys officials] had already spoken with the police department before Hill even knew what was happening," the lawsuit states.

Hill claims that Cowboys officials didn't want the true nature of the wreck to be known so Elliott could remain available for the playoff game.

"If anyone had actually reported the impact of the accident and had Elliott been examined he would have most likely been placed in concussion protocol and out for the Dallas Cowboys upcoming playoff game. Upon information and belief, the Dallas Cowboys conspired with the Frisco Police Department to cover-up the severity of the accident to assure that Elliott's health would not be placed in question before their playoff game," the lawsuit states.

In a statement, the city of Frisco said allegations that police conspired with the Cowboys to cover up the severity of the crash are false.

"Both parties to the crash were offered medical attention and both refused. Emergency medical services were not requested by either party. Neither party was treated or transported," the city said.

Hill also claims the wreck caused more than $33,000 worth of damage to his BMW 750 and that he suffered "serious and permanent" injuries.

Court records indicate a trial is scheduled for February 2020.