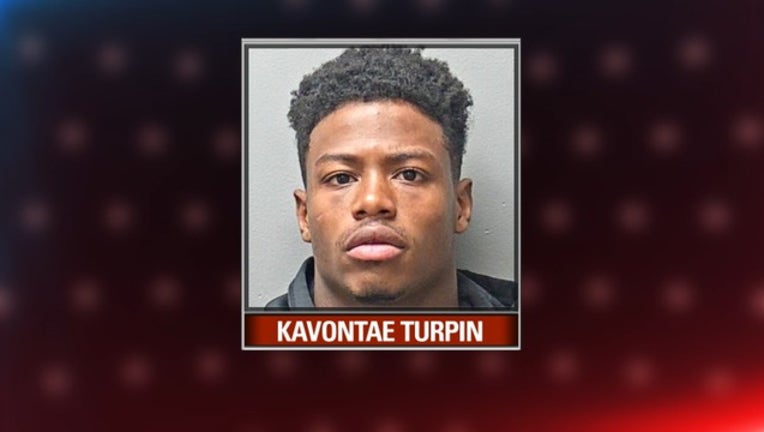 TCU receiver and returner KaVontae Turpin has been dismissed from the team after a second charge surfaced against him following his weekend arrest on an assault charge for an alleged altercation with his girlfriend.

Coach Gary Patterson said Tuesday that Turpin will no longer be allowed to be on the team.

Patterson announced Monday that Turpin was suspended after being arrested by Fort Worth police following an incident Saturday night, hours after he had a 99-yard kickoff return and a 41-yard TD catch in TCU's 52-27 home loss to No. 8 Oklahoma.

A criminal complaint from New Mexico later revealed that Turpin was arrested in March while there during spring break to visit a girlfriend. The Fort Worth Star-Telegram first reported on the New Mexico case.

Patterson said Tuesday he knew about a property damage charge in the spring, but that records obtained by the team from New Mexico then didn't list a battery charge that was also part of the case. The coach said he also didn't know until Monday about a bench warrant issued in July when Turpin failed to appear for a pretrial hearing.