Jimmy Johnson to be inducted into Cowboys Ring of Honor

The two men, whose feud abruptly ended a budding dynasty in the mid 1990s, sat side-by-side on the FOX NFL set at Canton, Ohio. Cohost Terry Bradshaw asked Jones if he ever planned to add Johnson to the Ring of Honor and Jones, after some prodding, eventually revealed he would add the head coach.

Jones declined to specifically set a date for Johnson's Ring of Honor ceremony. But he said earlier this year he didn't plan on adding Johnson at a 2021 game so it wouldn't overshadow his Pro Football hall honor.

Johnson will be inducted into the Pro Football Hall of Fame this weekend. 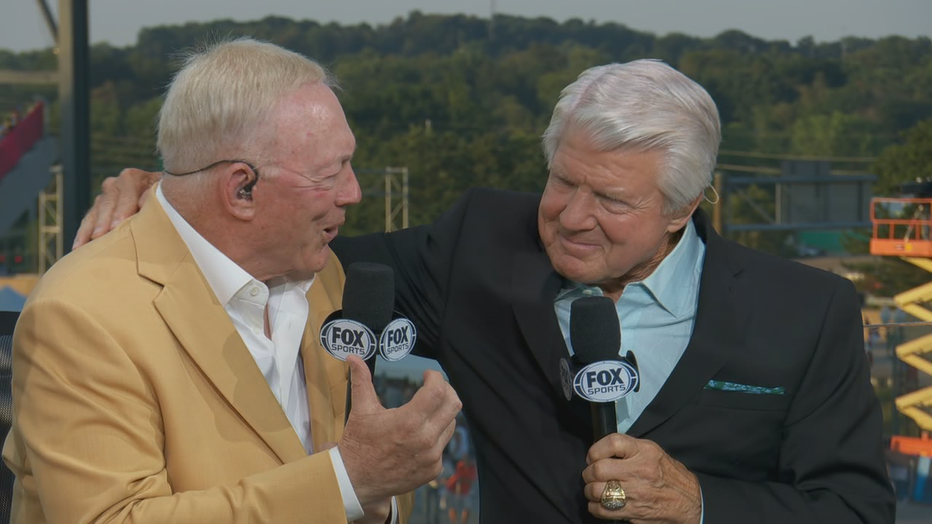 RELATED: Cowboys in Canton for Hall of Fame game; Jimmy Johnson, Cliff Harris and Drew Pearson to be inducted