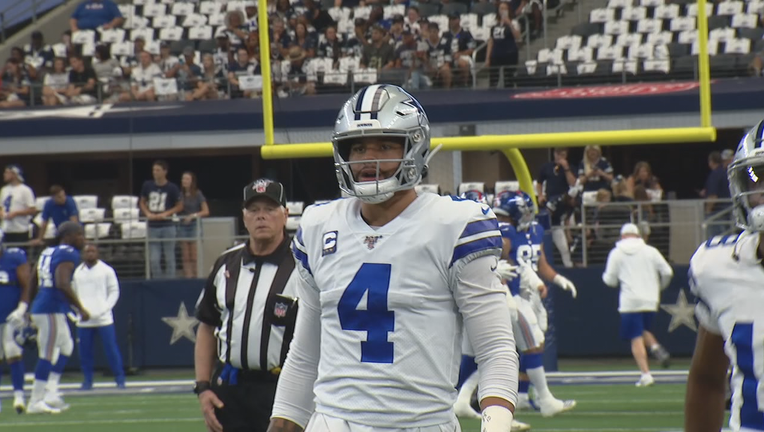 DALLAS - There is still no deal between the Dallas Cowboys and quarterback Dak Prescott despite a promise a few days ago that a deal is close.

But now, team executive Stephen Jones, Jerry’s son, says it depends on what you mean by imminent.

“That means ready to take place, uh... close, near or about to happen. I think that we are fast approaching an agreement. Then that’s relative to where we’ve been. On the other hand, that might be my opinion. It sure might not be Dak’s opinion,” Jerry Jones said.

Prescott is in the final year of his rookie contract. It will pay him $2 million this season.