A cantankerous Jerry Jones sniped at local radio hosts and got dumped off the air after he repeatedly swore during a volatile interview Friday morning.

DALLAS - A cantankerous Jerry Jones sniped at local radio hosts and got dumped off the air after he repeatedly swore during a volatile interview Friday morning.

The weekly radio show on 105.3 FM The Fan came just hours after the Cowboys delivered a lifeless performance in Chicago on Thursday Night Football, losing 31-24 to the Bears. The Cowboys dropped to 6-7, but still lead the NFC East because the Philadelphia Eagles have an even worse record.

The interview started with Jones chastising the hosts for asking if he was embarrassed by the way the team played.

“Hey, get your damn act together, yourself. OK? Now we’re going to have a good visit this morning but settle down just a little bit,” Jones said. “We have a lot to go over now go on with your question, but I’m going to give you the answers I want to give you this morning and I don’t like your attitude to come in. I’ve been traveling all night and I don’t have the patience to jack with you today.” 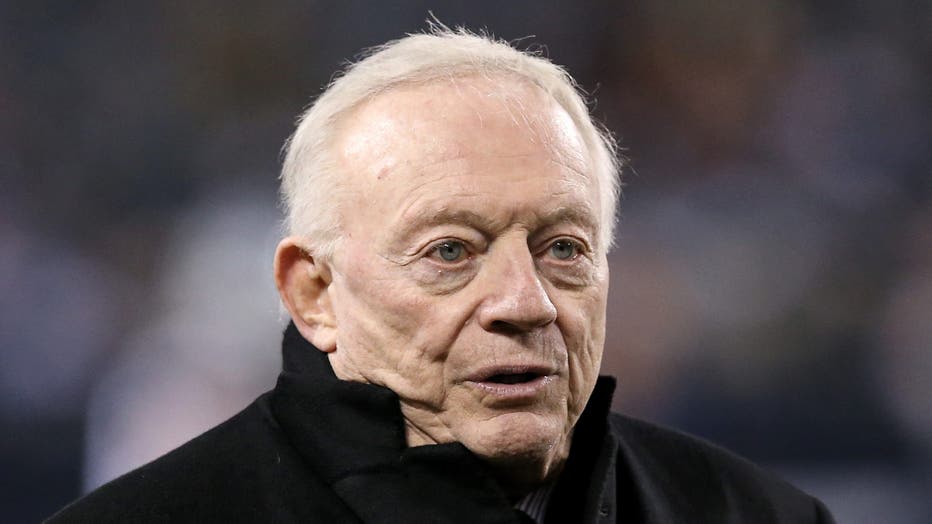 Dallas Cowboys owner Jerry Jones looks on before the game against the Chicago Bears at Soldier Field on December 05, 2019 in Chicago, Illinois. (Photo by Dylan Buell/Getty Images)

A few minutes later, Jones was disconnected by the station’s equipment that triggers a delay if someone curses. Jones was heard saying “bulls**t” before his phone line went silent. Station management said that the system halted Jones’ call and he didn’t hang up. The question that caused Jones to repeatedly curse was about head coach Jason Garrett’s job security.

Jones called back in and addressed the question by saying it might not be the best decision to axe the coach with games left to play.

He also declined to get into any changes at head coach that could occur in the offseason.

“I fully expect to have those questions, and I know if I did have answers I would not share them,” he said. “If you have other teams talent in mind, that's tampering, unless they're not involved in the NFL, and it wouldn't be smart if they were involved in other places.”

Cowboys fans vent frustrations on The Ticket after latest loss

The Cowboys host the Los Angeles Rams on Sunday, Dec. 15 on FOX4.