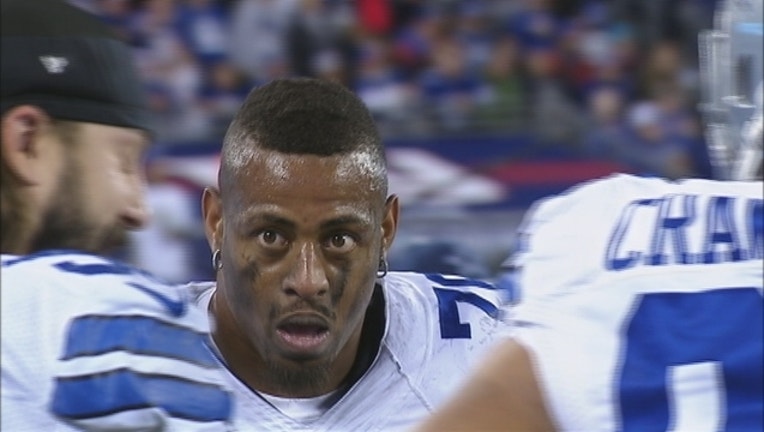 Owner and general manager Jerry Jones said Friday night he has ruled out re-signing the polarizing defensive end after one tumultuous year.

Jones, speaking to reporters after the second night of the NFL draft, acknowledged what appeared to be the case for weeks. The Cowboys didn't want to bring back Hardy after several disruptions in 2015, some related to his domestic violence case in North Carolina.

After Hardy had a physical confrontation with special teams coach Rich Bisaccia late in a loss to the New York Giants, Jones called the player a leader on his weekly radio show. The owner even said he was interested in signing Hardy to a long-term contract.

But Hardy's production dropped significantly as the losses mounted in a 4-12 season. He had a strong start to the season after serving a four-game suspension related to his domestic violence case. The NFL's original ban of 10 games was reduced on appeal.

Before his run-in with Bisaccia, Hardy twice had to answer to coach Jason Garrett, starting with an inappropriate tweet about the Sept. 11 attacks during last year's draft.

Next was a headline-grabbing comment about Tom Brady's wife the first time he talked to Cowboys reporters, the week of his Dallas debut against New England following the suspension.

Photos of his bruised ex-girlfriend from the domestic case were released online in nearly November. Less than a week later, the former Carolina Panthers star changed his Twitter bio with what amounted to a declaration of innocence and a claim of discrimination in the case. After yet another talk with Garrett, the bio changed.

Earlier this offseason, Garrett had quick and cryptic replies each time he was asked about Hardy. The club was mostly silent on the topic until Jones' one-word "no" when asked if Hardy was still a consideration with the Cowboys needing pass-rushing help and not taking a defensive end with their first three picks.

The Cowboys signed Hardy to an incentive-laded, one-year contract worth $13.1 million, thinking he would be a key addition to a team with Super Bowl aspirations after winning the NFC East. But the season went south quickly when Dallas lost all six games after Tony Romo broke his left collarbone in Week 2, and 2014 All-Pro receiver Dez Bryant missed five games after breaking his foot in the opener.