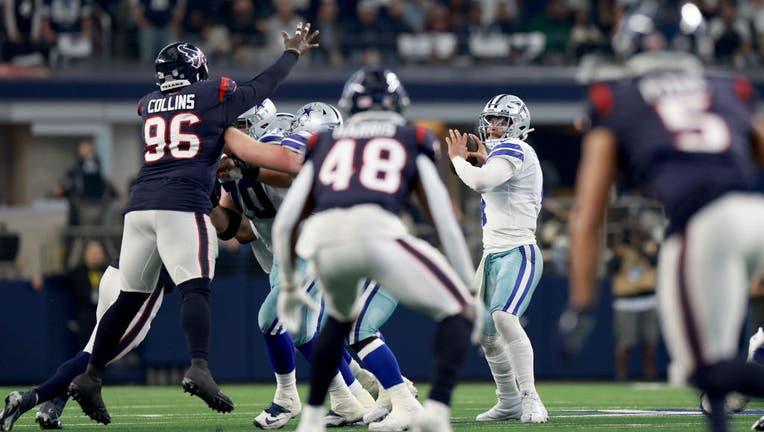 ARLINGTON, TEXAS - DECEMBER 11: Quarterback Dak Prescott #4 of the Dallas Cowboys looks for an open receiver in the fourth quarter against the Houston Texans at AT&amp;T Stadium on December 11, 2022 in Arlington, Texas. (Photo by Tom Pennington/G

DALLAS - The Cowboys will try to shake off last Sunday’s near disaster when they play another AFC South team this week.

Dallas had to mount a last-minute comeback to beat the terrible Houston Texans.

Prescott has thrown eight picks since returning from injury in October.

Team owner Jerry Jones put some heat on the quarterback on his radio show.

"Are you concerned with the amount of interceptions that he's thrown lately? Or do you like the aggressiveness?" the radio host asked.

"What if I said yes, okay? Period," Jones replied.

"The definition of aggressiveness doesn't have to include turnovers," the host said.

Jones said the Cowboys are still interested in signing free agent receiver Odell Beckham Jr., even though he is not expected to be healthy enough to play in the regular season.