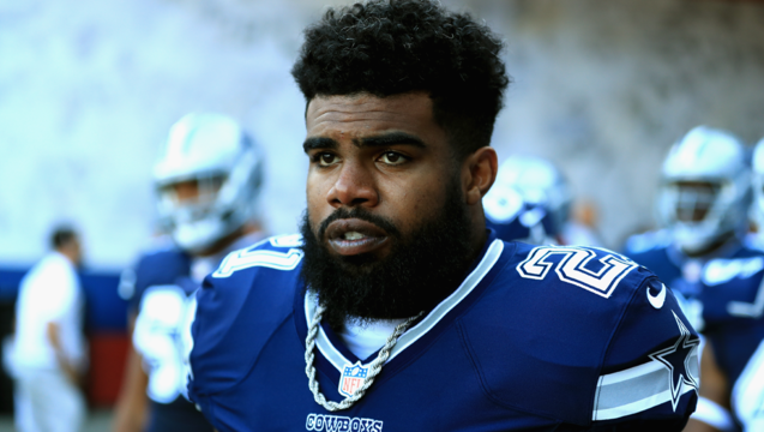 Dallas Cowboys head coach Jason Garrett said Wednesday he expects running back Ezekiel Elliott will be with the team as training camp gets underway.

Garrett told media members he expects Zeke to be on the team plane that departs DFW Airport on Thursday for California.

“Yeah, we anticipate that,” Garrett said of Zeke flying with the team. “I’ve heard nothing different on that.”

A report over the weekend said Elliott was thinking about leaving the country as camp got underway and beginning a hold out with the team over a new contract. The team’s first practice is set for Saturday in Oxnard, Calif.

Elliott has two years remaining on his current deal and is set to make $3.8 million for this season and $9 million in 2020.

"Zeke has had a great offseason and we’re certainly excited about what he can do for our football team,” Garrett said.