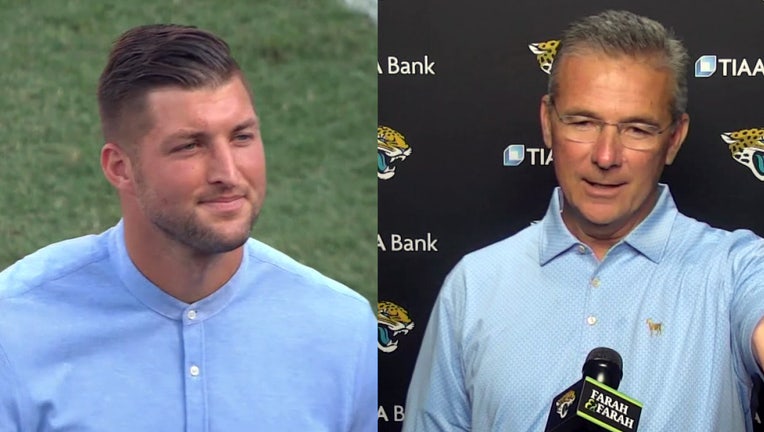 The deal would reunite Tim Tebow with his former coach, Urban Meyer.

JACKSONVILLE, Fla. - Heisman Trophy winner Tim Tebow will indeed sign with his hometown Jacksonville Jaguars as a tight end, according to the NFL Network.

Ian Rapoport and Tom Pelissero are reporting that Tebow, 33, will receive a one-year deal with the Jaguars "in the next week or so," giving the former quarterback a chance to make the team as a tight end.

Urban Meyer, who coached Tebow to two national titles at the University of Florida, is entering his first season as the Jaguars’ head coach. The team selected Clemson quarterback Trevor Lawrence with the first overall pick of the draft, seemingly securing that position for several years.

Tebow worked out with the team as a tight end prior to the draft, co-owner Tony Khan confirmed.

Tebow was drafted by the Denver Broncos in the first round of the 2010 draft but never flourished in the NFL as a quarterback during his three seasons. He then spent several years in the New York Mets’ minor league baseball system, officially retiring in February.