Mavs star Luka Doncic had an incredible night Tuesday. He led the team to a comeback win over the New York Knicks with 60 points, 21 rebounds and 10 assists.

DALLAS - Include the extra rebound, or don’t.

Doncic had 60 points, a Dallas franchise record, a career-best 21 rebounds and 10 assists in a wild 126-121 overtime victory over the New York Knicks on Tuesday night.

Set up by his improbable tying jumper in the final second of regulation off his intentionally missed free throw, Doncic had the first 60-20-10 triple-double in NBA history.

Plenty of peers noticed, including former European sidekick Kristaps Porzingis, traded to Washington last season to break up the pairing that never really clicked as planned.

Porzingis referenced their shared playing roots in Spain, with a tweet in Spanish that translated to "This guy is not normal."

And the 7-foot-3 Latvian skipped that extraneous rebound on a night when he could celebrate a double-double of his own with 24 points and 10 rebounds as the Wizards beat Philadelphia. 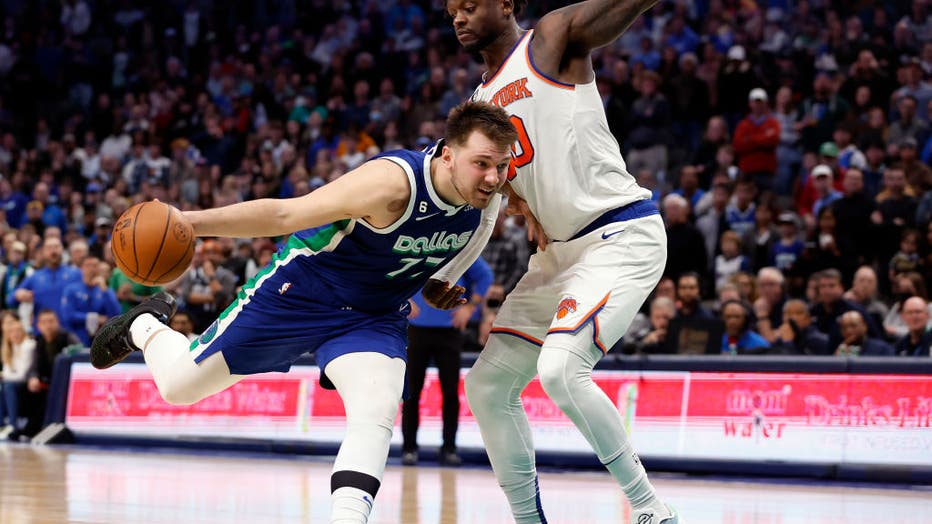 Doncic broke Dirk Nowitzki’s franchise record of 53 points from 2004 two days after the Mavericks unveiled a statue of the retired German star outside the arena.

Nowitzki is the highest-scoring foreign-born player in NBA history (sixth overall). The 23-year-old All-Star could hold that title some day.

"It’ll be another statue in Dallas," Hall of Famer Kevin Garnett wrote on Twitter. 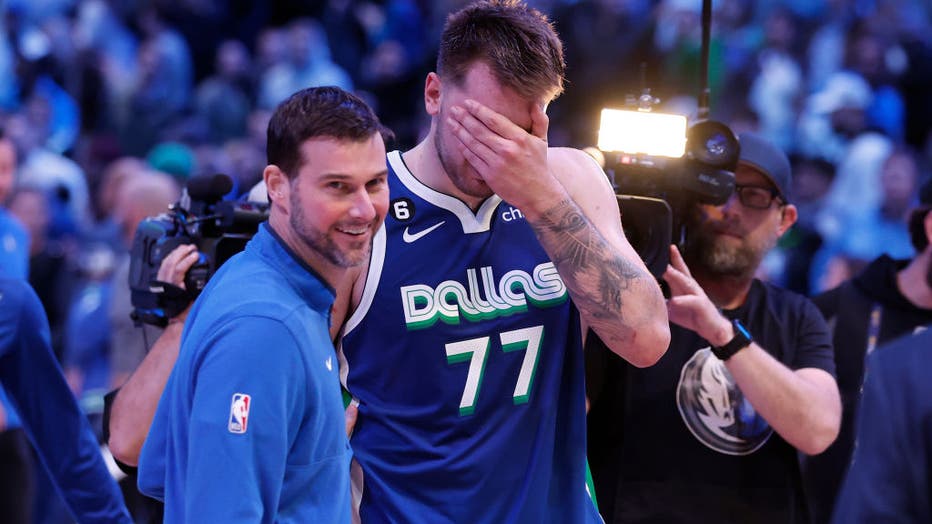 DALLAS, TEXAS - DECEMBER 27: Luka Doncic #77 of the Dallas Mavericks walks off the court after defeating the New York Knicks in overtime at American Airlines Center on December 27, 2022 in Dallas, Texas. (Photo by Tim Heitman/Getty Images)

Mavericks owner Mark Cuban said he’ll never see another night like it, and teammate Christian Wood, whose 3-pointer sparked the rally from nine points down in the final 30 seconds of regulation, said he was sending a "GOAT" to Doncic’s farm in his native Slovenia.

"Everybody is still in shock," coach Jason Kidd said after the game. " The history of the game is written by the players and it was written again tonight for a player — Luka — doing something that’s never been done before."