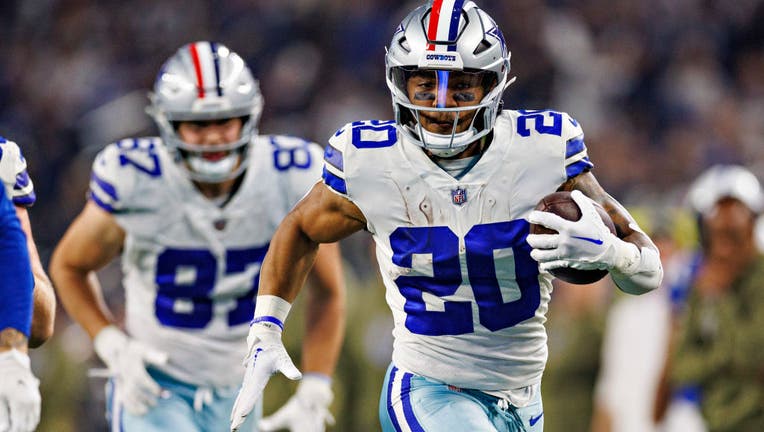 ARLINGTON, TEXAS - DECEMBER 4: Tony Pollard #20 of the Dallas Cowboys runs the ball during a game against the Indianapolis Colts at AT&amp;T Stadium on December 4, 2022 in Arlington, Texas. The Cowboys defeated the Colts 54-19. (Photo by Wesley H

ARLINGTON, Texas - It’s been a "don’t eat the cheese" week for McCarthy with the Cowboys going in as 16 1/2-point favorites, according to the FanDuel Sportsbook NFL line.

McCarthy showed the teams clips of Team USA basketball’s Dream Team practices before the 1992 Olympics, when Michael Jordan and Magic Johnson squared off in an epic intrasquad scrimmage.

"The whole ‘iron sharpens iron’ message for the most part, it was very well received," Prescott said. "Yeah, I loved the clip and I’ve seen it a couple of times."

The Cowboys can reach 10 wins in consecutive seasons for the first time since the last of six in a row in 1996. That was the year after the last time Dallas made it as far as the NFC championship game.

The club also is solidly in position to make the playoffs in consecutive years for the first time since 2006-07. The Cowboys didn’t advance either of those years, and lost a wild-card game to San Francisco last season.

The Cowboys will look to get to double-digit wins when they take on the Texans.