PLANO, Texas - The pandemic has some Texas high school football coaches worried about the upcoming football season and wondering whether games will be postponed.

The Texas Association of Private and Parochial Schools is reportedly considering buying more time for the high school football season by moving it from the fall to the spring.

Former Dallas Cowboys player George Teague is now the head coach at John Paul II High School in Plano and sits on the TAPPS board. He talked to FOX 4's Mike Doocy and Sam Gannon about the idea.

“I know that it’s very, very trying to try to figure out what to do. You know, we’re watching, I’m watching what the NCAA is doing what the pro teams are doing and we’ve got some areas that I think we have to look at as high school coaches that could cause conflicts maybe,” he said.

Teague said many of his players also play other sports or play on select teams. 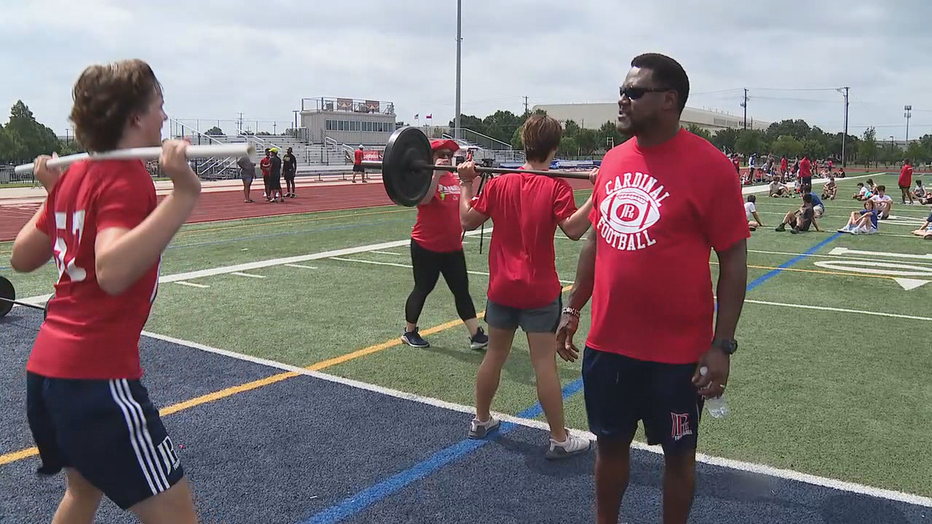 “If in fact we even decide to talk about flipping seasons or all the things other coaches are talking about there’s so much more that I need to think about when it comes to JPII because the select world kind of rules things in volleyball and basketball and baseball. If you flip their seasons then I’m gonna have to worry about whether my kids are going on their select team or on my high school team. So I don’t want to lose my players,” he said.

Teague said as a coach he’s hoping the season continues as scheduled or maybe just a few weeks delayed.

“I just want to try to get football in. I think that would be great,” he said. “But we do need to continue evaluating and see what everyone says, particularly the NCAA.”