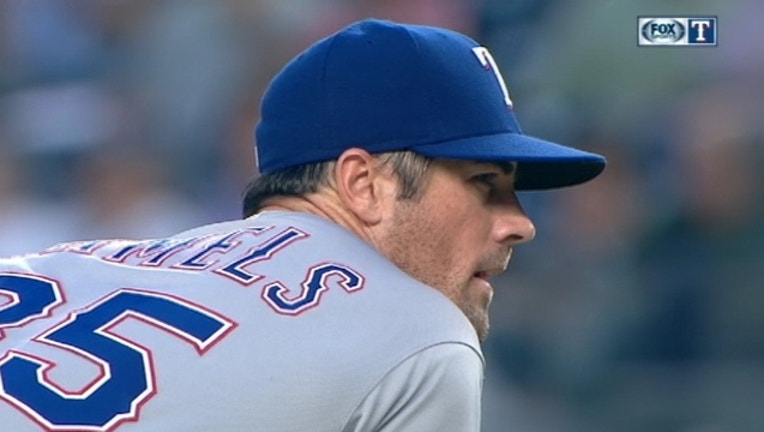 One night after Texas rallied to win at 2:44 a.m. following a 3 1/2-hour rain delay in the ninth inning, the Rangers again played with plenty of spunk and energy. They've won four in a row and 12 of 14, improving the American League's top record to 51-27 with their eighth straight victory away from home.

Yankees slugger Carlos Beltran left in the first with a tight right hamstring. He had an MRI that was "clean" and is day to day, manager Joe Girardi said.

Hamels (9-1) yielded six harmless singles and struck out seven. He threw only 86 pitches and outdueled CC Sabathia (5-5) in a matchup of accomplished left-handers.