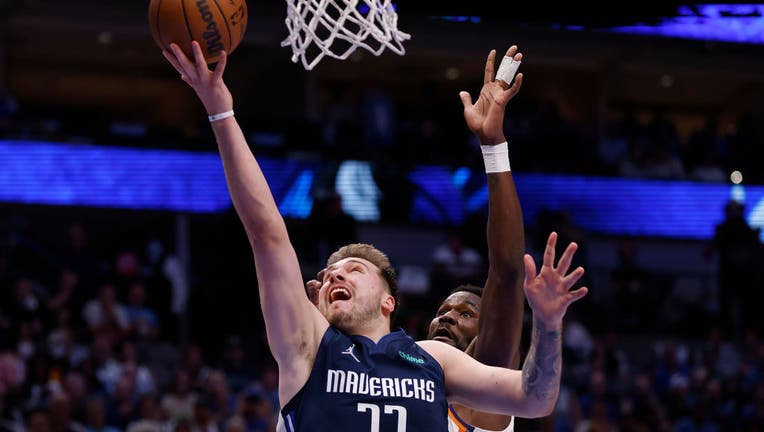 DALLAS, TEXAS - MAY 12: Luka Doncic #77 of the Dallas Mavericks drives to the basket against Deandre Ayton #22 of the Phoenix Suns in the third quarter of Game Six of the 2022 NBA Playoffs Western Conference Semifinals at American Airlines Center on

DALLAS - The Dallas Mavericks are on the West Coast to play an NBA dynasty. The team is in San Francisco preparing for the NBA’s Western Conference Finals.

The Mavs play the Golden State Warriors, who have won three championships since 2015 and made the finals two other times.

After watching Dallas beat up on top-seeded Phoenix on Sunday, Golden State’s head coach said people should not underestimate the Mavs.

"The differential was shocking. You know, you just don't expect to see that but one of those nights. We've all been on the other side of those things. We were last week when we lost by 39 to Memphis. Dallas was just really impressive, played a perfect game, and they'll come in here with a lot of confidence, I'm sure, in Game 1," Warriors Coach Steve Kerr said.

The Mavericks won three out of four games against the Warriors in the regular season.