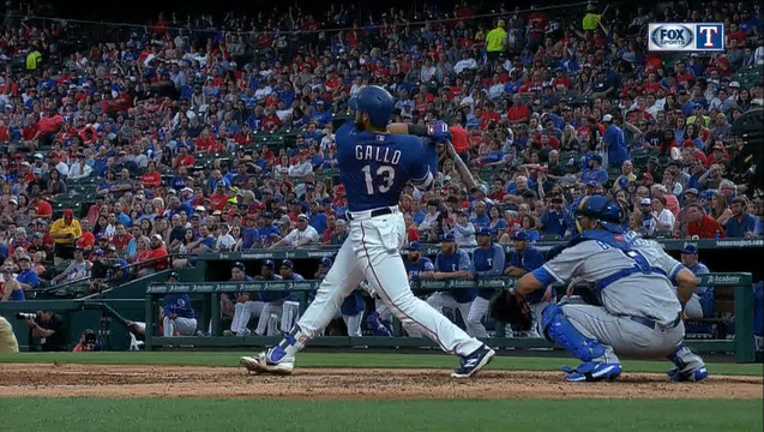 ARLINGTON, Texas (AP) - Joey Gallo and Robinson Chirinos each homered twice to back a season-high eight innings from Cole Hamels and the Texas Rangers beat the Kansas City Royals 6-2 on Friday night.

Gallo's first homer was a tiebreaking two-run shot in the second inning on a 3-0 pitch - a liner that matched teammate Carlos Gomez for the longest in the majors this season at 462 feet and was the hardest with an exit velocity of 116 mph, according to MLB's statcast.

All four homers came against Nate Karns (0-1), facing his hometown team for the fourth time. The right-hander allowed six runs in 4 2/3 innings, losing for the first time since last June in Texas when he was with Seattle.

Hamels (1-0) retired 12 straight from the first to fifth innings. He threw a season-high 107 pitches, allowing three hits and one run with three strikeouts.