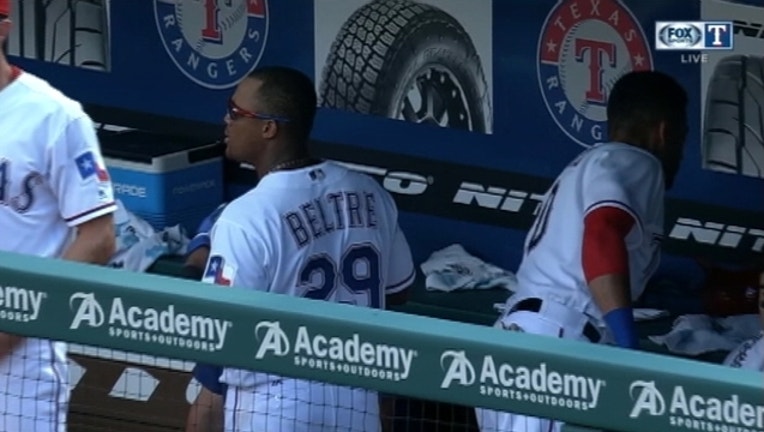 Fulmer (10-3) became the first Detroit rookie to throw a complete-game shutout since Justin Verlander 10 years ago. The 23-year-old right-hander retired 16 of the last 17 hitters he faced as the Tigers kept the AL West-leading Rangers scoreless over the final 21 innings of the three-game series.

The gem from Fulmer, whose longest previous outing was eight innings in a no-decision against Kansas City, came a day after a 2-0 victory against Texas ace left-hander Cole Hamels. The AL rookie leader in wins had nine strikeouts and no walks, and all four hits were singles.

Ian Kinsler added a solo shot against A.J. Griffin (5-2) after striking out his first three times against the Texas right-hander. Miguel Cabrera hit his team-leading 27th homer in the ninth.

Victor Martinez started the scoring with a two-run shot in the fourth, and J.D. Martinez hit his 100th career homer to knock out Griffin and give the Tigers a 6-0 lead in the seventh.

Griffin allowed 11 hits and six runs with eight strikeouts in 6 2/3 innings, his second-longest outing of the season. He gave up at least one homer for the 10th straight game, the longest single-season streak for the Rangers since reliever Joaquin Benoit in 2003.

On Saturday, Hamels gave up two runs on 14 hits, which was a career high and tied the Texas record. According to the Rangers, he's the first pitcher to allow 14 or more hits and two or fewer runs since John Dopson for Montreal in July 1988. ... Fulmer became the 11th Detroit rookie with 100 strikeouts in a season. The most recent was Armando Galarraga, who had 126 in 2008.

Tigers: Manager Brad Ausmus said there is hope that CF Cameron Maybin (sprained left thumb) can start swinging a bat late in the upcoming seven-game homestand. He's been out since Aug. 4.

Rangers: LHP Derek Holland (left shoulder inflammation) has another rehab outing with Triple-A Round Rock on Monday and is eligible to come off the 60-day disabled list Saturday.

Tigers: LHP Daniel Norris (1-0, 4.00 ERA) starts the opener of a three-game series at home against Kansas City. He had a no-decision in his only career start against the Royals last August.