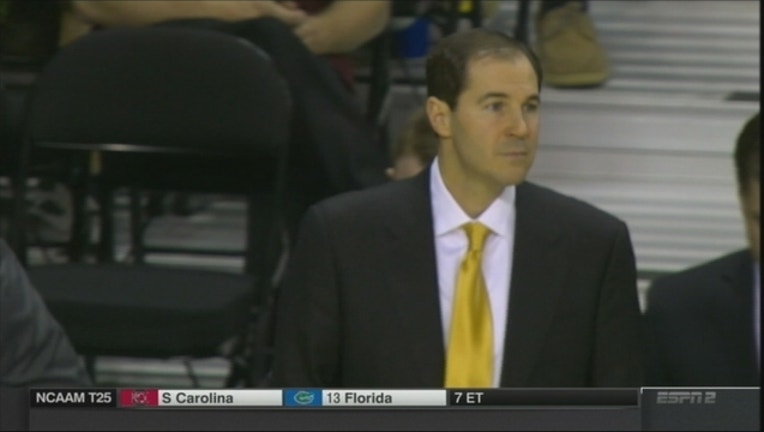 Al Freeman came off the bench to score 21 points, and the third-seeded Bears defeated No. 14 seed New Mexico State 91-73 on Friday in the first round of the NCAA's East Regional.

"No one wants to leave the tournament early," he said. "Our ultimate goal was to come in and just win it, so we want to just take every game for what it is and make sure we come in and just play our hardest, play desperate, because after this, you lose, you go home. So we knew one team was going home today, and we made sure it wasn't us."

Ian Baker and Braxton Huggins each scored 19 points for New Mexico State (28-6). In the end, Baylor's athletic ability, length and depth were too much for the Aggies to handle. Baylor blocked seven shots .

"We beat a lot of teams this year that we weren't supposed to beat, we beat a lot of teams that were flat-out better than us," New Mexico State coach Paul Weir said. "We were trying to do it against one more team tonight, and we were trying to do that with what I think we showed for 20 minutes, which is a team that just plays really hard, a team that plays together."

It looked like Baylor might be headed for another disappointing early exit. Huggins hit a 3-pointer at the buzzer to give New Mexico State a 40-38 lead at the half. The Aggies made 6 of 14 3-pointers before the break to counter Baylor's 55 percent shooting.

Baylor took control for good with a 14-3 run early in the second half that gave the Bears a 58-47 lead and forced a New Mexico State timeout. The Bears held the Aggies to 37 percent shooting after the break.

"We know the tournament is about making runs," Motley said. "They made their run, and it was our job to come back and make our own run. So we went in at halftime and made some adjustments, made sure we carried out those adjustments, and good things happen when you follow the game plan."

New Mexico State: The Aggies gave the Bears all they could handle for a half. The Western Athletic Conference tournament champions led early in the second half and gave Baylor's normally stout defense fits. The Aggies had a 20-game win streak earlier in the season and remained proud of what they accomplished this season.

"It sucks the way it ends," Weir said. "I wish we had a different ending to all this, but I think whenever we sit back and look back on the season and look as the successes that we had, we're all going to look on this team really fondly one day and have memories for a long, long time."

Baylor: The Bears got a much-needed win after a shaky finish to the season and re-established its defensive dominance in the second half. The Bears looked like the team that started the season 20-1 and was ranked No. 1 in the nation.

Baylor shot 57 percent from the field in the game, and was better than 50 percent in both halves. The Bears also shot 50 percent from 3-point range (4 for 8) and made 17 of 19 free throws.

"All year long, our depth has been a real strength," Baylor coach Scott Drew said. "Al (Freeman) and T.J. (Terry Maston) had monster games, and that's what the beauty of having depth is."

New Mexico State: Season is over.

Baylor: Will play USC on Sunday in the second round.