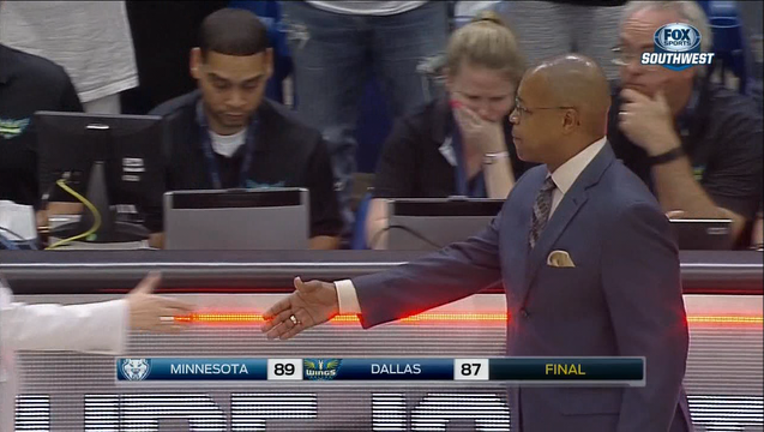 ARLINGTON, Texas (AP) - Sylvia Fowles scored 27 points and Seimone Augustus hit the tie-breaking jumper with 4.3 seconds left to lift the Minnesota Lynx to an 89-87 win over the Dallas Wings on Saturday night.

After Augustus knocked down the 15-footer from the left elbow, Skylar Diggins-Smith made one of two free throws for the Wings with two seconds left and Maya Moore did the same for the Lynx with 1.3 to go. Allisha Gray's desperation 3-pointer at the buzzer came up short.

Diggins had 22 points with eight assists and Gray 15 points for Dallas (1-1). The Tulsa/Dallas franchise has lost 14 straight home games to Minnesota.

The Lynx made 12 straight free throws in a 14-4 run the produced a 49-37 lead at the half but the Wings charged back to lead 68-67 after three quarters and the lead changed hands eight times in the fourth quarter.

The AP WNBA Power Poll can be found online at: http://collegebasketball.ap.org/ap-wnba-preseason-poll