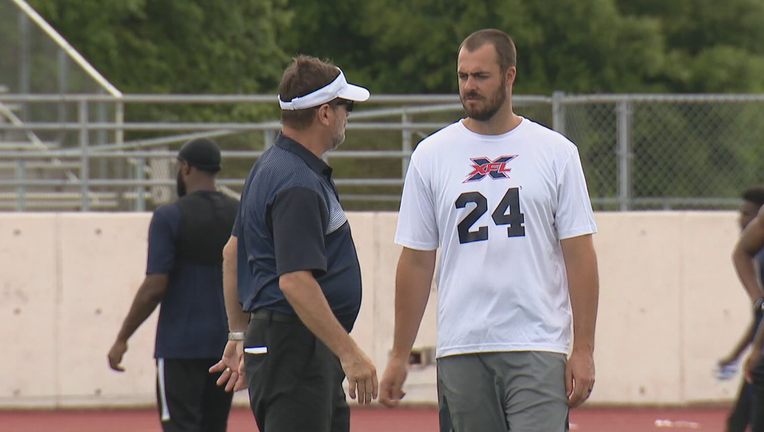 ARLINGTON, Texas - Coach Bob Stoops and the Dallas Renegades finally have some players to talk about after the first day of the XFL draft.

The new football league begins play in February, a week after the Super Bowl. The Renegades will host games at Globe Life Park in Arlington.

The XFL assigned the top quarterbacks to each of the eight teams. Not surprisingly, former Oklahoma Sooner Landry Jones was reunited with his former coach in Dallas.

The former Pittsburgh Steelers backup said he wanted to play here and was the first player signed by the league. Jones said he probably would not be here if Stoops hadn’t returned to coaching.

Jones will be joined by three other OU players on the team. The Renegades also picked up former Cowboys and UNT running back Lance Dunbar.

On Wednesday, the Renegades will select defensive backs and other remaining players.