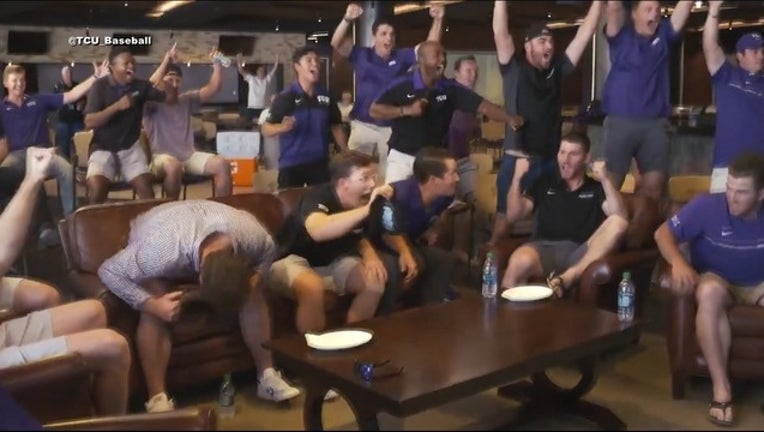 OMAHA, Neb. (AP) - Pac-12 champion UCLA won each of its series for the first time in program history, didn't lose a midweek game and ended the regular season on a 10-game winning streak.

The Bruins (47-8) were rewarded for their remarkable consistency Monday with the No. 1 national seed in the NCAA Tournament.

"We have a terrific conference. We believe it's the No. 1 conference in the country from top to bottom," UCLA coach John Savage said. "The competitiveness they were challenged with all season, we stepped up, and we definitely feel we're prepared for the next part of the season."

The 64-team tournament opens Friday in 16 regionals. Winners advance to eight best-of-three super regionals. Those winners move on to the College World Series in Omaha.

The No. 2 seed is Vanderbilt (49-10), which has won 22 of its last 23 games and is the first team to sweep the Southeastern Conference regular-season and tournament championships since it did so in 2007.

The top eight seeds play at home for super regionals if they win their regionals.

The selection committee sprung two surprises, picking Georgia Tech as the No. 3 national seed even though the Yellow Jackets didn't win the Atlantic Coast Conference regular-season or tournament titles and giving TCU an at-large bid even though the Horned Frogs are No. 59 in the RPI and finished below .500 in Big 12 play.

Selection committee chairman Ray Tanner, South Carolina's athletic director, pointed out that Tech won 22 conference games in the regular season and ACC Tournament, won its division, won nine of 10 series and made it to the ACC title game.

"Their metrics were really good - strength of schedule, nonconference strength of schedule," Tanner said. "They also won a series against Georgia. Maybe they were overlooked a little bit, even going into the selection. The merit jumped out as Georgia Tech being a top seed."

TCU (32-26) has overcome injury problems to put together a solid run late in the season, winning a road series against West Virginia and making the semifinals of the Big 12 Tournament. That offset the Frogs' 11-13 conference record and 19-20 mark against top-100 RPI teams.

"Four or five weeks ago probably nobody was thinking about TCU," Tanner said. "They're getting healthy for the first time. They can be dangerous with their starting pitching, having everybody healthy. They were one of the last teams in for sure, but we feel they're deserving of being in the top 64."

Florida State's at-large bid comes in coach Mike Martin's final season before he retires. Martin, whose 2,023 wins are the most by any coach in any NCAA sport, has made it to the national tournament in all 40 of his seasons at the helm.

"I tell you right now it's very much of a relief," he said.

Martin has led the Seminoles to the CWS 16 times but has never won a national championship.

"We are excited we were chosen, and we know we've got a lot of work to do," he said. "But we've still got a chance."

Other notes about the tournament:

- Summit League champion Omaha (31-22-1) is the only team making its first NCAA appearance. The Mavericks are in their fourth season of full Division I eligibility, and their inclusion means all three of Nebraska's DI schools made the tournament. The Nebraska Cornhuskers and Creighton Bluejays also are in.

- The SEC has a tournament record-tying 10 bids for the second straight year and third time since 2014; the ACC got eight bids and the Big 12, Big Ten and Pac-12 five apiece.

- If the seeds hold, five of the eight super regionals would match opponents from the same conference.