With the FIFA World Cup less than a week away, America's favorite fake soccer coach is sending some messages of support to members of the team across the country. 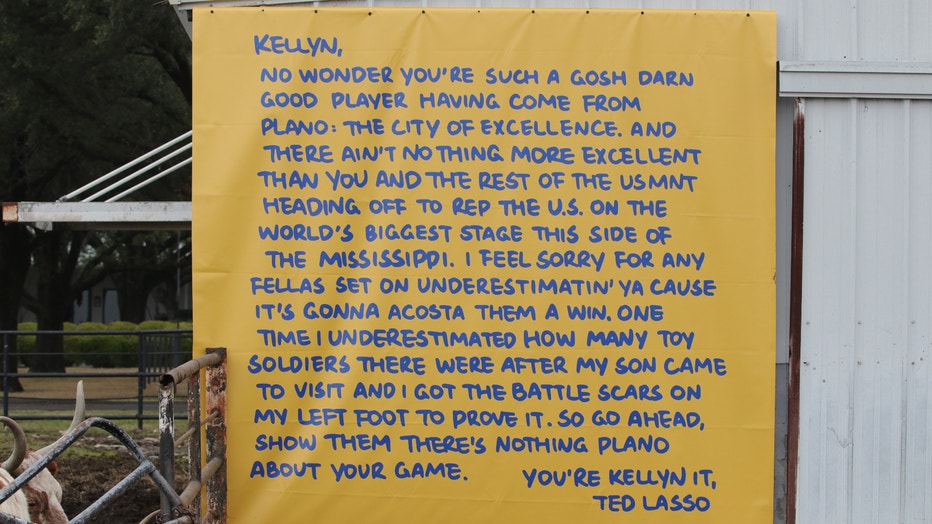 Acosta, who grew up in Plano, came through the FC Dallas Academy and played for the senior squad from 2013 to 2018. He currently plays for LAFC.

"No wonder you're such a gosh darn good player having come from Plano: The City of Excellence," the note says, in part. "Show them there's nothing Plano about your game." 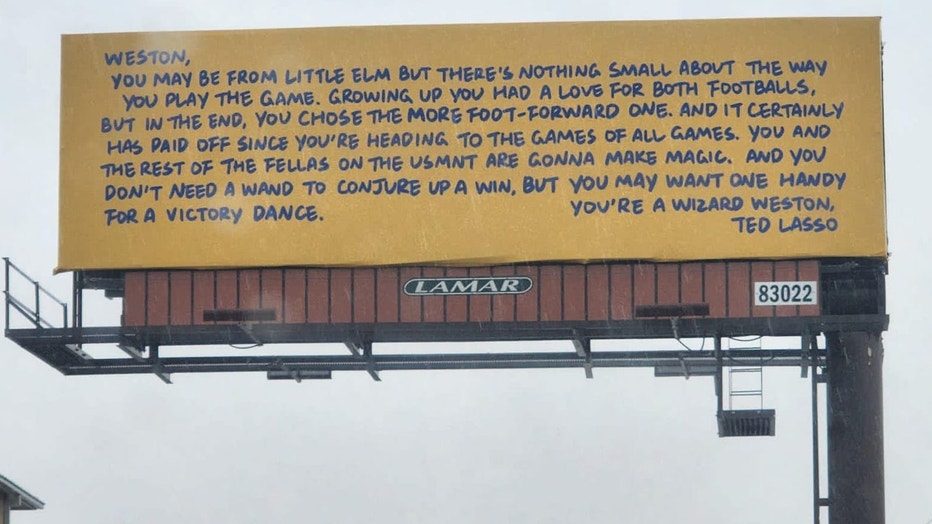 McKennie played for the FC Dallas Academy as a young soccer player. The Little Elm native plays for Juventus in Italy's Serie A.

"You may be from Little Elm, but there's nothing small about the way you play the game," Lasso said. 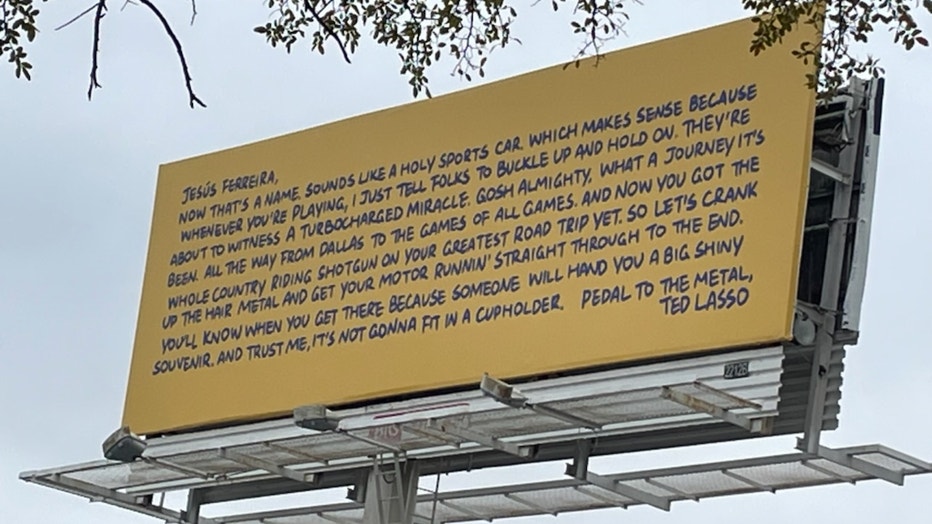 Current FC Dallas striker Jesús Ferreira was born in Colombia, but grew up in McKinney while his dad, David, played for FC Dallas.

Ferreira came through the FC Dallas Academy and scored 18 goals this season, making him one of the top scorers in the MLS.

"Jesús Ferreira, now that's a name. Sounds like a holy sports car, which makes sense because whenever you're playing, I just tell folks to buckle up and hold on," the billboard said.