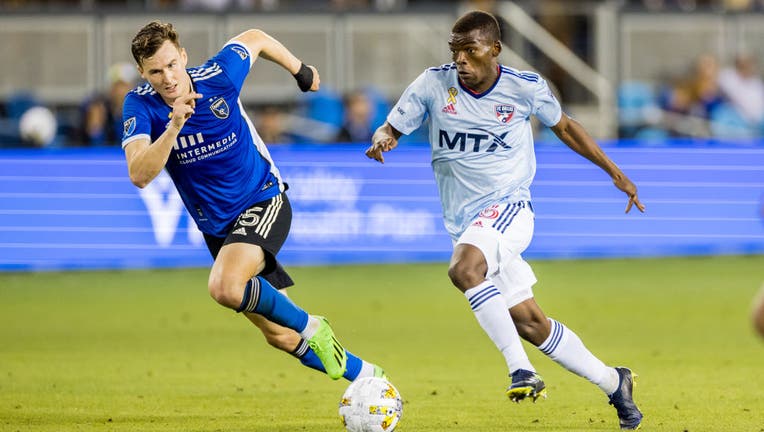 SAN JOSE, Calif. (AP) - Dallas clinched a playoff berth for the seventh time in nine seasons with a 1-1 draw against the San Jose Earthquakes on Saturday night as Jáder Obrian scored in the 16th minute.

Paul Arriola of Dallas was given a red card in the 83rd minute for pushing Jamiro Monteiro in the face following a challenge. Referee Drew Fisher did not initially make the call but decided on the ejection following a video review. It was the third red card of Arriola's career and first since 2019.

Obrian's goal was his second of the season, his first since the opener against Toronto on Feb. 26. Arriola made a centering pass and Obrian's shot defected off sliding defender Tanner Beason and popped over goalkeeper JT Marcinkowski.

Arriola got his third assist in four games and team-leading sixth this season for Dallas (13-8-11).

Jeremy Ebobisse tied the score with a penalty kick in the 25th minute for the Earthquakes (7-14-10). Marco Farfan was called for a hand ball on Cade Cowell's effort.

The Earthquakes outshot Dallas 19-9, with each team getting three shots on goal.

Up next for the Earthquakes is a matchup Saturday against the LA Galaxy at home, while Dallas visits the Colorado Rapids on Saturday.