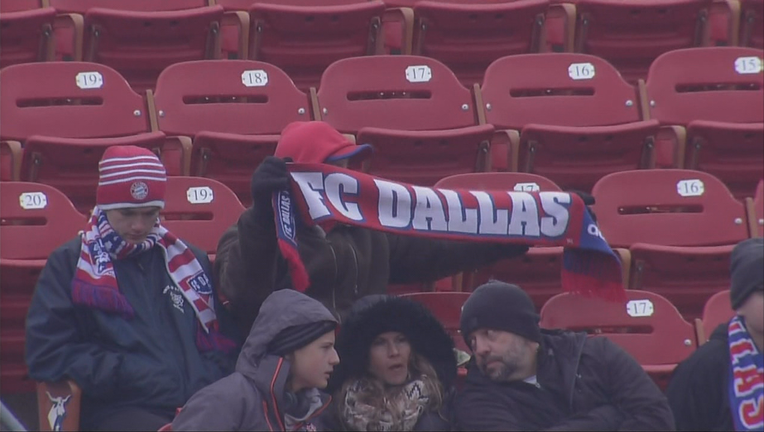 The MLS is Back Tournament match between FC Dallas and the Vancouver Whitecaps set for Thursday has been postponed because of positive tests for the coronavirus.

The group-stage game will be rescheduled, the league said Saturday.

FC Dallas announced earlier this week that six players had tested positive for the virus upon arrival in Florida for the tournament. The entire team was quarantined.

RELATED: 6 FC Dallas players test positive for COVID-19 ahead of MLS is Back Tournament in Orlando

Two Whitecaps players tested positive, forcing the team to remain in Canada, the league said. Additional tests on the players were negative, but the team had to push back travel until Monday.

The MLS is Back Tournament is set to open on Wednesday with a match between Orlando City and expansion Inter Miami.

The league's 26 teams will be sequestered in hotels for the duration of the monthlong tournament played without fans at the ESPN Wide World of Sports complex at Walt Disney World.

MLS shut down because of the coronavirus pandemic on March 12 after teams had each played two games.

The league said Saturday that 1,191 players, coaches, referees, team staff members and other connected to the tournament were tested Friday and Saturday in Florida. Two players were positive, but further details about the positive tests, including the teams impacted, were not disclosed.

FC Dallas previously announced that all players and staff tested negative for the coronavirus before leaving for the tournament on last Saturday. Upon arrival, two players tested positive. Subsequent tests found four more players infected with the virus that causes COVID-19.

“In consultation with MLS medical officials, FC Dallas took proactive steps to isolate the newly affected players as well as all FC Dallas players and staff in Orlando out of an abundance of caution. All members of the club delegation are following MLS health and safety protocols and will remain quarantined in their hotel rooms pending the results of further COVID-19 testing,” the team said in a statement.

The names of the players were not released.

The league said no other team was in contact with the FC Dallas delegation. League protocol requires players and staff to be tested every two days upon arrival in Florida.

FC Dallas will now open the tournament on July 15 against the Seattle Sounders, while the Whitecaps will play the San Jose Earthquakes later that day.