Retired NBA All-Star Cedric Ceballos tweeted a concerning picture of himself in a hospital with an oxygen mask over his head as he shared his bout with the coronavirus.

Ceballos, who was an All-Star with the Los Angeles Lakers in 1994-95, tweeted Tuesday he was on his 10th day in the hospital battling the illness.

"On my 10th day in ICU, COVID-19 is officially kicking my but, I am asking ALL family, friends, prayer warriors healers for your prayers and well wish for my recovery," he wrote.

"If I have done and anything to you in the past, allow me to publicly apologize.

Ceballos didn’t say how or where he could’ve gotten the illness or whether he was vaccinated.

He was selected in the second round of the 1990 NBA Draft by the Phoenix Suns. He was a part of the Suns team that went up against the Chicago Bulls in the 1993 NBA Finals and lost.

He spent the rest of his career with the Lakers, Dallas Mavericks, Detroit Pistons and Miami Heat.

In 2012, ESPN reported Ceballos had a "series of small heart attacks" during a basketball game and needed an angioplasty and stents in two blocked arteries. 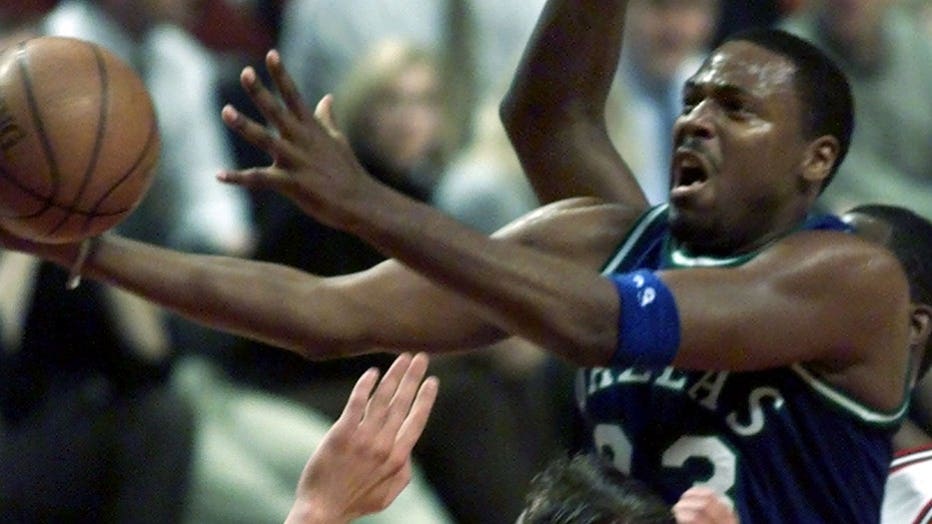