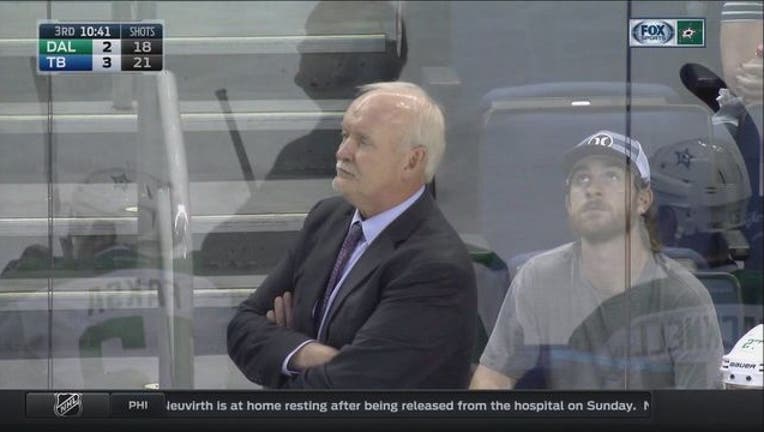 Brayden Point scored the go-ahead goal in the third period to break a 2-2 tie, and Braydon Coburn and Anton Stralman also had goals for Tampa Bay. Backup Peter Budaj made 23 saves to help the Lightning move within three points of the idle Ottawa Senators, who hold the second wild-card spot in the Eastern Conference.

Erne opened up the scoring at 11:47 in the first. Erne, who had just one goal entering the game and hadn't scored since March 3, added a power-play goal in the third.

Dallas answered quickly in the second with Smith's goal less than two minutes into the period.

Smith nearly had a short-handed goal after that, but it was overturned on an offsides call after a Lightning challenge and official review. Dallas did take the lead at 10:57 in the second when Spezza scored his 14th of the season. Spezza also assisted on Smith's goal.

With just 18 seconds left in the second, Tampa Bay tied it on Coburn's goal with assists from Stralman and Palat, who has 32 assists this season.

Ritchie scored Dallas' third goal late in the third. Stralman had an empty-netter with 2 seconds remaining.

Stars: Wrap up the season with a three-game homestand, beginning with Arizona on Tuesday.

Lightning: Begin a three-game road trip, starting with a key game at Boston on Tuesday.