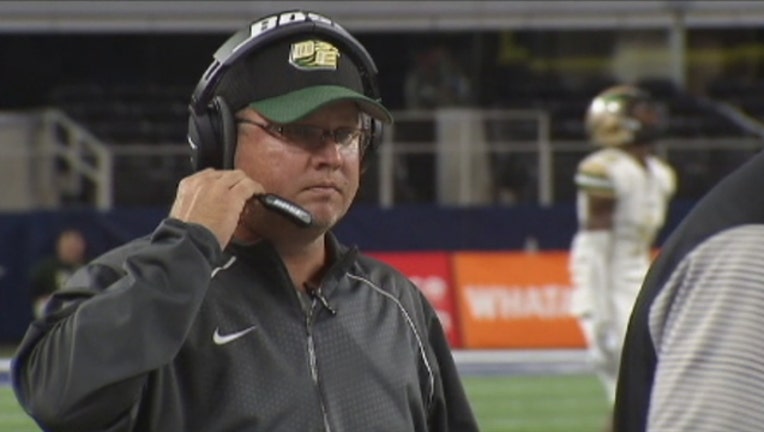 DeSOTO, Texas - A state championship-winning high school football coach is leaving. Despite some controversy, he says it’s his choice.

Todd Peterman led DeSoto High School to its first Class 6A State Championship in 2016. Since then he’s had a rough time.

He was nearly fired in April and at least one school board member said it was because of his race. He is white and most of the players on the DeSoto team are black.

But many players from the team, other coaches and parents showed up at school board meetings to support him. The board denied allegations and ultimately renewed his contract.

Peterman said he is moving on but decline to discuss where he’s going.