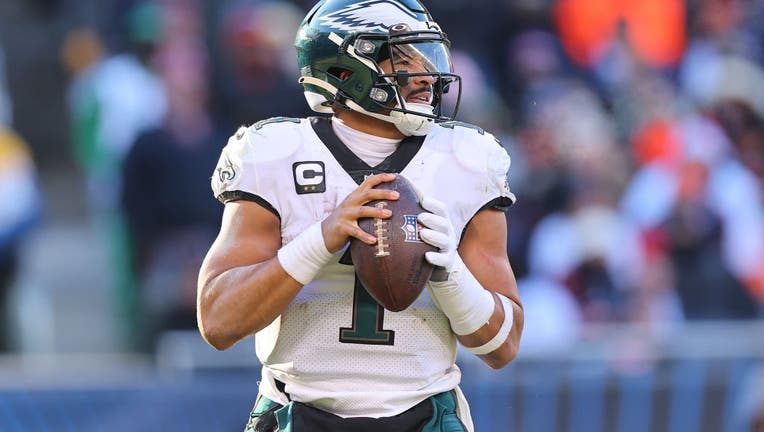 CHICAGO, ILLINOIS - DECEMBER 18: Jalen Hurts #1 of the Philadelphia Eagles in action against the Chicago Bears at Soldier Field on December 18, 2022 in Chicago, Illinois. (Photo by Michael Reaves/Getty Images)

The Dallas Cowboys will not see MVP-hopeful Jalen Hurts under center when they play the Philadelphia Eagles this Christmas Eve.

Eagles head coach Nick Sirianni said Thursday morning that Hurts is not expected to start after suffering a shoulder injury in a win over the Bears last week.

"Jalen did everything he could to get his body ready to go and at the end of the day, he's not going to be able to do it," Sirianni said. "He tried like crazy. I know he still wants to go. Jalen Hurts is the toughest player I've ever been around."

How to watch Dallas Cowboys vs. Philadelphia Eagles - channel, stream, and more

Backup quarterback Gardner Minshew will get the start for the Eagles in the Saturday showdown.

Minshew started two games for the Eagles last season, including a Week 18 game against the Cowboys.

The Cowboys are virtually locked into the fifth seed in the NFC with just three games remaining, but are looking to get back on track after a disappointing 40-34 loss to the Jacksonville Jaguars last Sunday.

The Eagles will clinch the number one seed in the NFC and a bye with a win over the Cowboys.