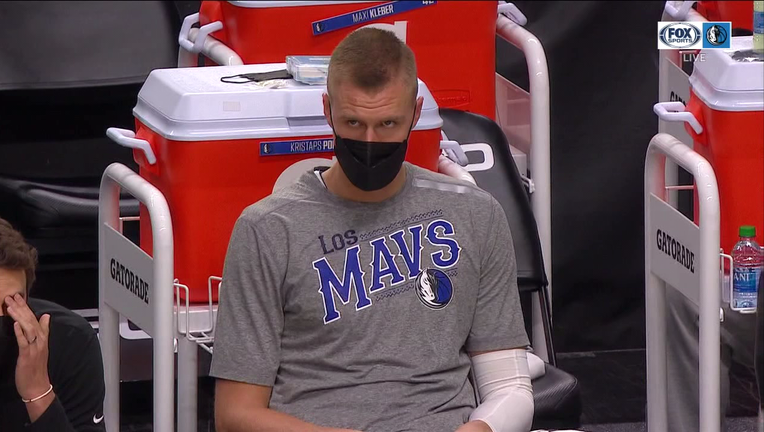 Doncic made his first eight 3-point shots and finished with 8-for-9 shooting from long distance. Overall, he shot 13 of 19 from the field and added seven rebounds and four assists.

Dallas' Boban Marjanovic, who sat our Friday's game, took advantage of his opportunity to make an impact.

After Portland had a 13-5 advantage on the offensive glass on Friday, Marjanovic’s presence helped tipped the scales in favor of the Mavericks in just five minutes of action. Marjanovic finished with two points and two rebounds but helped prevent Portland center Enes Kanter from dominating the boards. Dallas outrebounded the Mavericks 52-33 overall.

The Mavericks made 19 3-pointers. Portland was unable to keep pace as the Trail Blzers shot 20% from the 3-point arc and made only nine shots from long distance.

Dallas led by as many as 45 at one point.

Blazers: The Blazers had won three straight games coming into Sunday. But their defense, which ranks 29th in the league, is still a concern. According to Terry Stotts, the Blazers have had one complete defensive performance in the last three wins. "You look at our last three games, we played an outstanding six minutes of defense against New Orleans. The next game against New Orleans we played four complete quarters. Dallas is a tough team to guard with Luka and the way they space the floor. But in the fourth quarter, it was a solid effort."

Mavericks: One of the factors in a tough night for Kristaps Porzingis in Friday’s game were two early offensive fouls. Porzingis was called for fouls while attempting jump shots, with his elbows catching Blazers players in the face. The Mavericks are trying to help coach him out of it, but they can only do so much. "He can swing them higher and miss the guy’s face is one correction that can be made," Mavericks coach Rick Carlisle said. "What he’s doing is he’s stepping off to create space. It’s unlucky. It happened twice the way it did and I think he made both shots. It’s an adjustment that needs to be made. It's a unique play. You don’t see many other 7-3 guys making a footwork play like that with that kind of skill. We will do our best to make sure it doesn’t happen again, but you can never say anything definitely for sure."

Blazers: Tuesday night at home against the Brooklyn Nets.

Mavericks: Wednesday night in Minnesota against the Timberwolves.