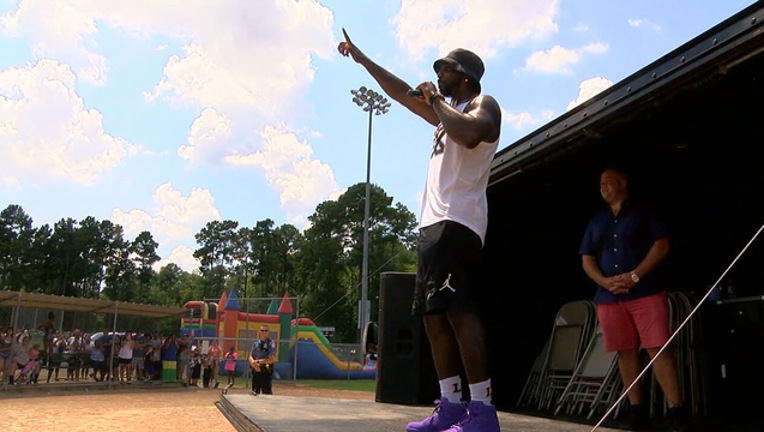 Bryant was in Lufkin on Thursday afternoon for the outdoor event that included games and a chance to meet the NFL star as temperatures reached the 90s. Lufkin police spokeswoman Jessica Pebsworth on Friday estimated the crowd at about 3,000 and said two people were treated for heat exhaustion.

Pebsworth says everyone was excited to see Bryant and he was a great host.

Bryant says he decided a couple of days earlier to throw the catered event in Lufkin, a city of about 36,000 located 110 miles (177 kilometers) northeast of Houston.

The Cowboys open camp next week in Oxnard, California.