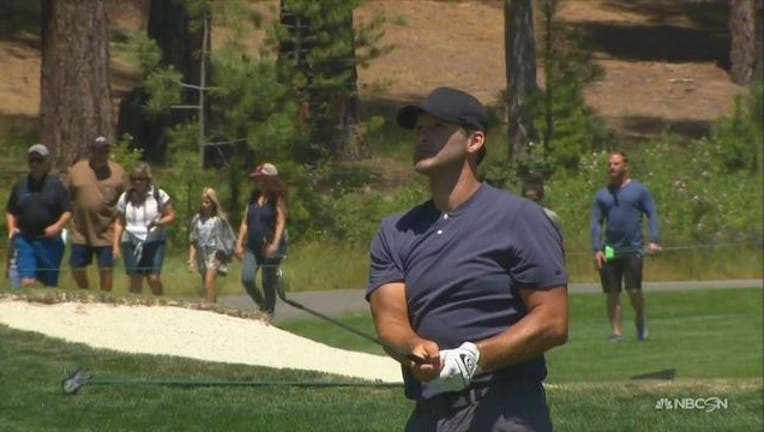 The former Dallas Cowboys quarterback turned NFL analyst shot a 2-under 70 and scored 26 points in the celebrity tournament that uses the modified Stableford scoring system.

Arizona Cardinals cornerback Patrick Peterson was two points back, and former major league pitcher Derek Lowe was another point behind. Hall of Fame pitcher John Smoltz was fourth at 22, and actor Jack Wagner, a two-time winner in the event, had 21.

Romo, who has competed in two PGA Tour events this year, played the back nine in 5-under 31 after getting off to a slow start with two bogeys and a double bogey on his first five holes.

"I think I had two points after five holes," Romo said. "So from that point on, I got pretty hot."

Charles Barkley, the former NBA star who has regularly finished last or second to last, birdied the second hole.

"Did he hit somebody and they threw it in the hole," Romo joked.

Barkley was at minus-12 points, but was ahead of 14 players in the 90-player field.