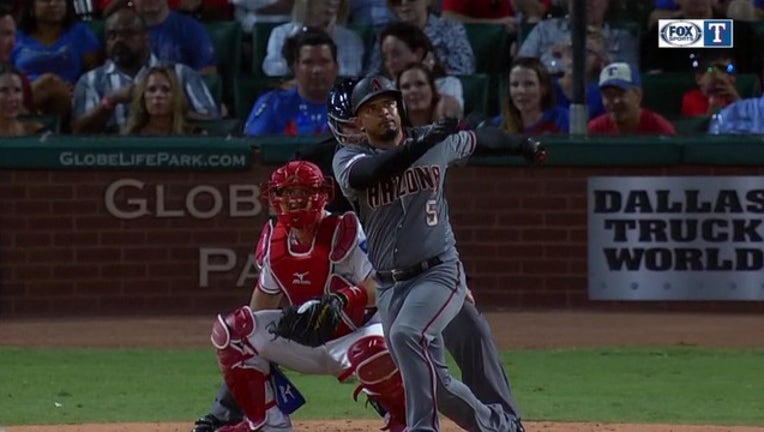 The 19 runs were Arizona's most since setting a franchise record with 20 against the San Diego Padres last July. Escobar's first homer sparked a seven-run first inning against right-handed starter Jesse Chavez (3-5), who got just two outs.

The switch-hitting Escobar added a three-run homer batting right-handed against Kyle Bird in the sixth and had five RBIs. Kevin Cron, Jarrod Dyson and Carson Kelly also homered for Arizona.

Robbie Ray (8-6) and two relievers cruised through the blowout. Ray has won all three of his starts in July. Back-to-back homers by Danny Santana and Logan Forsythe provided three Texas runs in the second inning, and Santana added a solo homer against Ray in the sixth.

The teams combined to hit eight homers, five in the first two innings.

By sweeping a two-game series at Texas, the Diamondbacks stayed in the thick of the crowded NL playoff race. The Rangers' fourth straight loss dropped them five games behind the AL's second wild card.

Adam Jones went into the game needing two hits to reach 1,900 for his career. He collected a double and a single in the first two innings and added singles in the third and sixth innings.

The 19 runs were the most allowed by Texas this season.