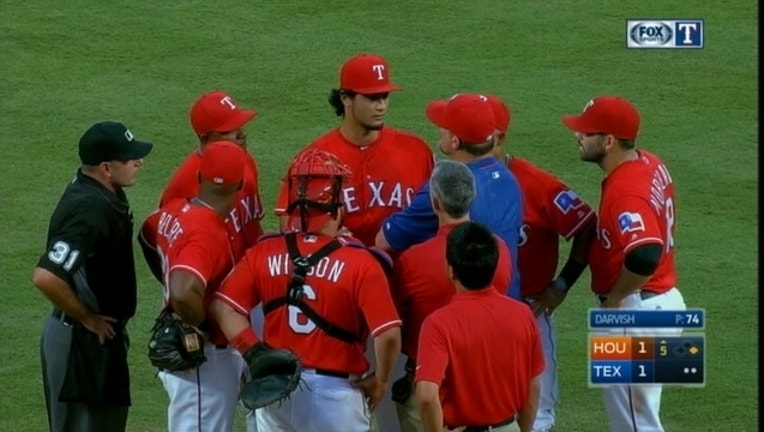 ARLINGTON, Texas (AP) — The Texas Rangers got good news on Yu Darvish a day after the right-hander exited early with shoulder stiffness in his third start since last year's Tommy John surgery, and they activated catcher Robinson Chirinos from the 60-day disabled list for his return from a broken right forearm.

Darvish reported no problems after playing catch Thursday and was expected to throw his regular bullpen session Friday in Seattle. If the former Japanese star stays on regular rest, his next start would be Monday in Oakland.

Chirinos was available Thursday against Houston after the move was announced a few minutes before the game. The Rangers sent right-handed reliever Luke Jackson to Triple-A Round Rock and didn't immediately announce a move to clear a spot for Chirinos on the 40-man roster.